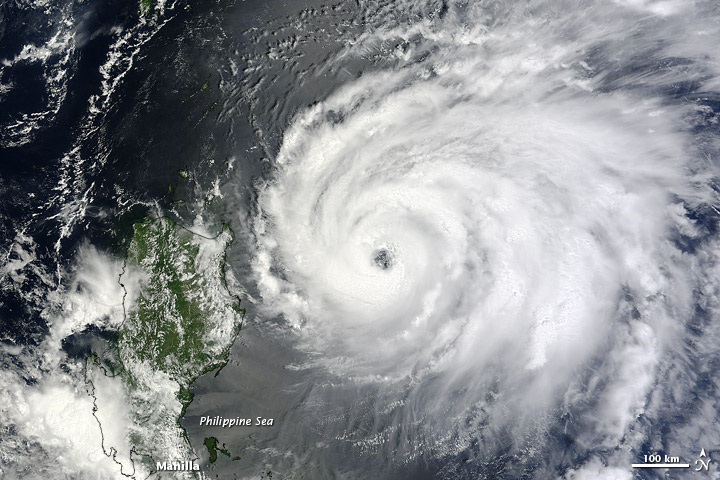 After four other Typhoons—Saola, Damrey, Haikui, and Kai-tak—made landfall in eastern China in just three weeks, Typhoon Tembin appeared ready to do the same. Tembin formed as a tropical depression over the western Pacific Ocean on August 19, 2012, and strengthened to a typhoon the next day.

The Moderate Resolution Imaging Spectroradiometer (MODIS) on NASA’s Terra satellite captured this natural-color image on August 20. Sporting a well-defined eye, Tembin hovered over the ocean just east of the Philippine island of Luzon. Although next to the Philippines, Tembin was not actually forecast to make landfall there. The U.S. Navy’s Joint Typhoon Warning Center (JTWC) forecast that Tembin would head northward before turning west and coming ashore in Taiwan and China. Focus Taiwan News Channel reported that Tembin might make landfall on Taiwan’s east coast on August 23.

Acquired August 20, 2012, this image shows Typhoon Tembin east of the Philippines, days ahead of its projected landfall in Taiwan and China.

Tembin formed as a tropical depression over the western Pacific Ocean on August 19, 2012, and strengthened to a typhoon the next day. 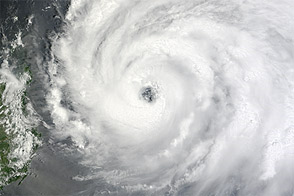 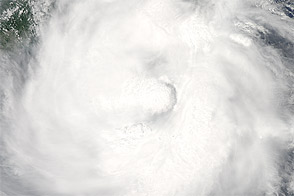 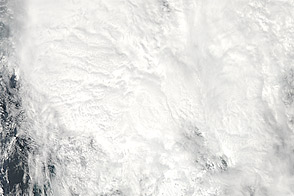