Snow in the Atlas Mountains of Morocco 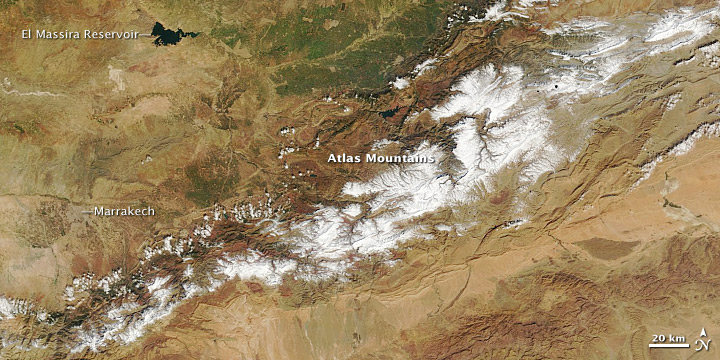 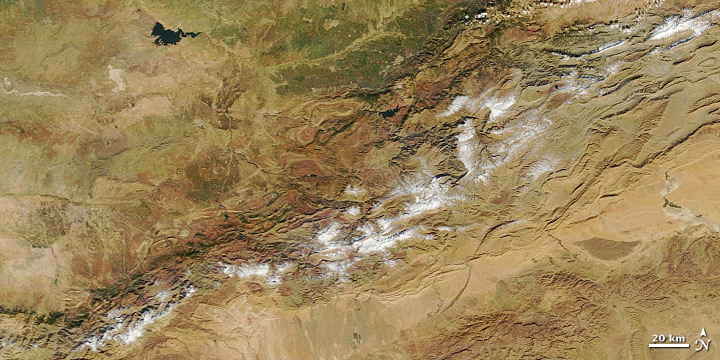 The same weather system that brought harsh winter conditions to many parts of Europe in February 2012 also affected northern Africa. Results in Africa were mixed, Reuters reported, with farmers in Algeria and Tunisia grateful for the drought-easing precipitation, and farmers in Morocco worried about frost.

The Moderate Resolution Imaging Spectroradiometer (MODIS) on NASA’s Terra satellite captured these images on February 13, 2012 (top), and January 14, 2012 (bottom). Although some peaks of the Atlas Mountains had caps of snow in January, much snowier conditions prevail a month later.

Snow in Morocco is not unusual. Two ski resorts in the Atlas Mountains—one near Marrakech and the other near Ifrane—experience fairly regular snowfall each January and February. In fact, compared to conditions in February 2011, the snow cover this year does not appear that unusual. The cold temperatures of February 2012, however, are threatening Morocco’s sugar beet and sugar cane crops.

Snow cover in the Atlas Mountains serves more than Morocco’s ski industry. The snow provides a crucial reservoir of water for the country’s agriculture-based economy. Monitoring snowfall in this region is the subject of ongoing interest, in part because precipitation is uneven and evaporation rates are high.

Snow capped the peaks of the Atlas Mountains of Morocco as a European cold snap extended southward to northern Africa. 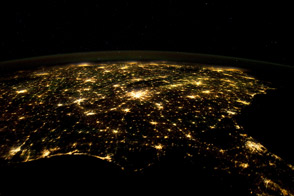