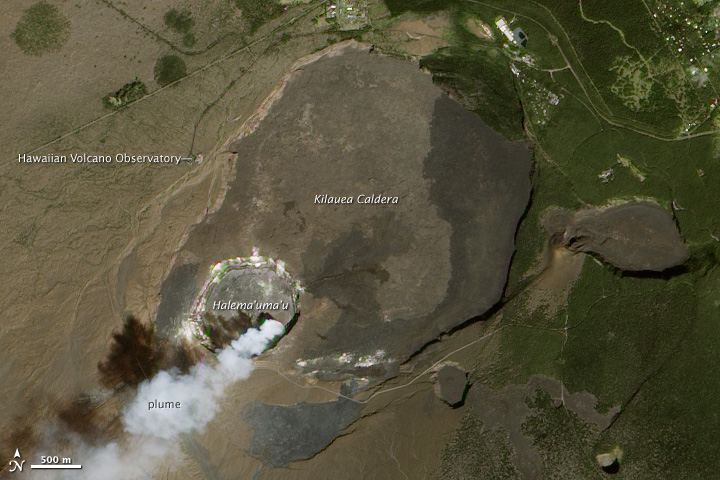 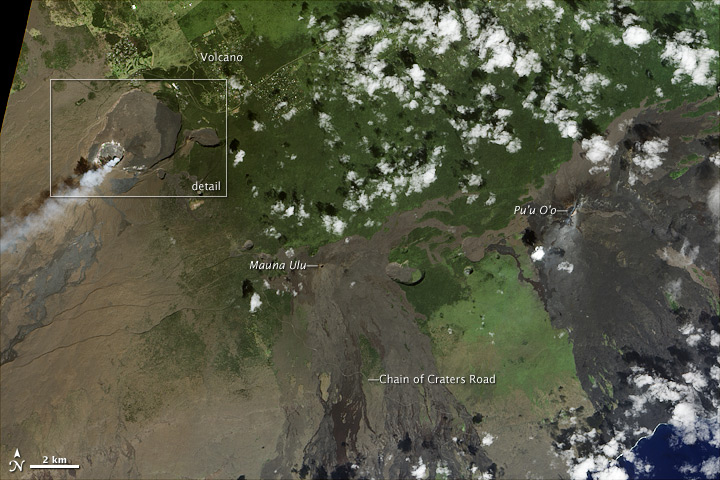 Kilauea has experienced a long-term eruption since 1983, though scientists have actually been keeping an eye on the volcano for much longer. January 2012 marks the 100th anniversary of the Hawaiian Volcano Observatory, which stands watch over one of our planet’s most active volcanoes. Situated on the rim of Kilauea Caldera, this observatory is the oldest volcano monitoring station in the United States.

The Advanced Land Imager (ALI) on NASA’s Earth Observing-1 (EO-1) satellite observed the volcano on January 28, 2012. Shown here are two natural-color views: a close-up of the Kilauea Caldera and the Hawaiian Volcano Observatory, and a wide-area view showing Mauna Ulu and Pu’u ’O’o. Within the Kilauea Caldera lies Halema’uma’u Crater. A small plume of water vapor emerges from this crater and blows toward the southwest.

The founding of the Hawaiian Volcano Observatory is generally identified as January 17, 1912, when geologist Thomas A. Jaggar, Jr., took over the continuous observations of Kilauea. In the decade before Jaggar set up shop, nearly 200,000 people died from earthquakes and volcanoes. In the wake of a devastating eruption at Mount Pelée in 1902, the National Geographic Society sponsored a volcano-observing expedition, and Jaggar was one of the participants. He soon concluded that, rather than studying the damage caused by eruptions, scientists would do more good to identify the precursors. On a trip through Hawaii, he negotiated with local businessmen and secured financial support for an observatory. In 1911, he hired volcanologist Frank Perret to monitor the volcano, then took over observations in January 1912.

Jaggar immediately brought detailed documentation to the observatory, and soon expanded the activities beyond his own observations. The installation of seismometers provided evidence of the link between earthquakes and volcanism. In the 1950s, the observatory installed tiltmeters to help measure surface deformation caused by the movement of magma below the surface. Researchers at the observatory collected gas samples in 1912—some of the earliest high-temperature volcanic gas samples ever collected—and drilled into a lava lake in the 1980s to better understand how volcanic rocks crystallize.

In 2012, a century after its founding, the Hawaiian Volcano Observatory hosts 25 scientists and support personnel, along with students and volunteers. It tracks the activity of Kilauea, Mauna Loa, and other volcanoes in the Hawaiian Islands, as well as the associated earthquakes. 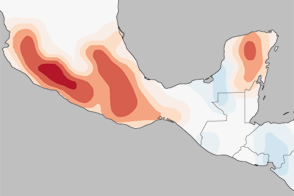