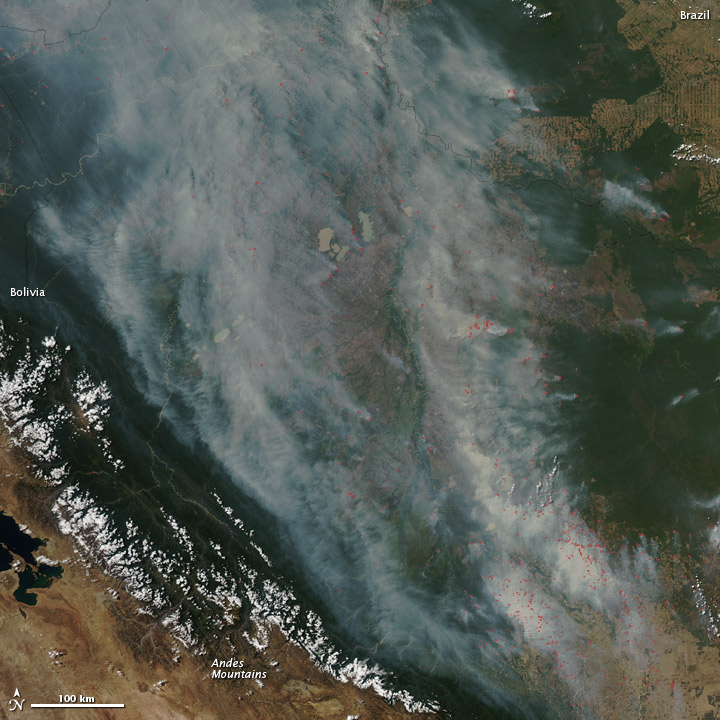 Red outlines indicate areas where MODIS has detected high surface temperatures associated with actively burning fires. In many places, the smoke from these blazes is thick enough to completely hide the land surface below from the satellite sensor’s view. In general, the smoke plumes blow toward the west and northwest.

Red outlines in this true-color image from September 17, 2009, show hotspots where fires burn. Smoke is especially conspicuous over the Indian Ocean.