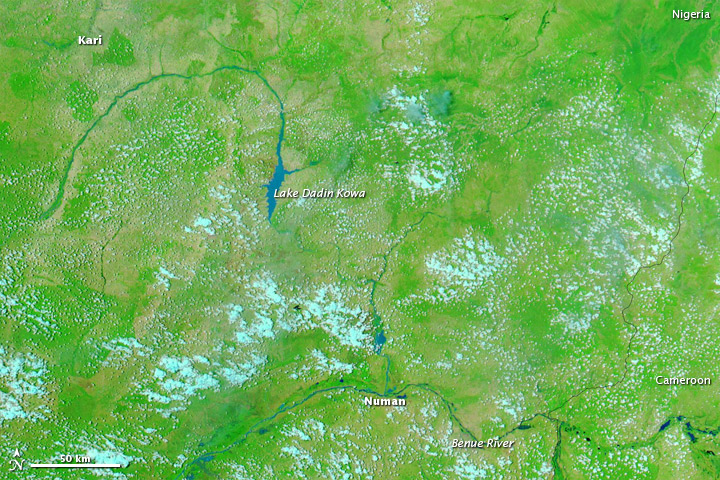 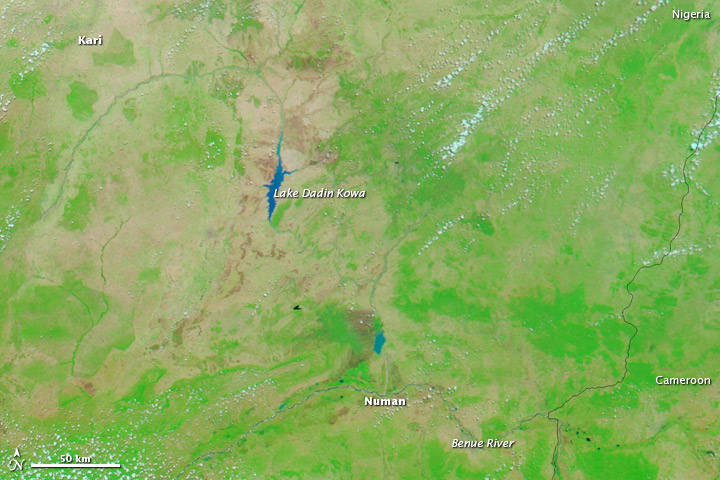 Floods took a deadly toll in northeastern Nigeria in August 2011. Torrential rains pushed rivers over their banks, collapsed mud houses, and washed away livestock. The Associated Press reported that the town of Kari converted its primary school to a relief camp for about 1,800 people. Along the banks of the Benue River (known as the Bénoué River in neighboring Cameroon), the city of Numan also suffered flooding.

The Moderate Resolution Imaging Spectroradiometer (MODIS) on NASA’s Aqua satellite captured these images of northeastern Nigeria on August 21, 2011 (top), and July 18, 2011 (bottom). Both images use a combination of visible and infrared light to increase contrast between water and land. Water ranges from electric blue to navy. Vegetation is green. Bare ground is earth toned. Clouds are pale blue-green.

Although Nigeria’s climate is equatorial in the south, it is more arid in the north. Rainy season in northern Nigeria typically peaks in August. Taken a month apart, the images show some seasonal vegetation changes caused by the progression of rainy season.

Significant changes also appear along the waterways near Kari and Numan. Water is higher in and around Lake Dadin Kowa, and along the Benue River in Nigeria and Cameroon.