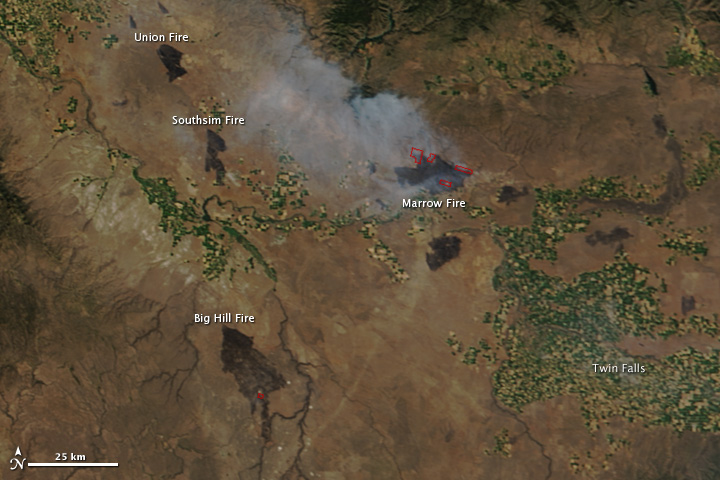 This image, taken by the Moderate Resolution Imaging Spectroradiometer (MODIS) on the Terra satellite on August 16, shows both actively burning fires, outlined in red, and fresh burn scars. The newly burned land is charcoal black. The smokiest fire in this image, the Marrow Fire, was among the smaller fires in this outbreak, said the Bureau of Land Management. It burned 1,207 acres. By contrast, the largest fire, Bill Hill, burned 67,000 acres.

In all, the Boise District of the Bureau of Land Management responded to 14 wildfires in western Idaho between August 14 and August 16. Most have been contained, including all of the fires shown here: Big Hill, Marrow, Southsim, and Union.

Smoke hangs over charred land in this image, taken two days after a summer lightning storm ignited a series of fires in southwestern Idaho.

Fires in the Northern Rockies 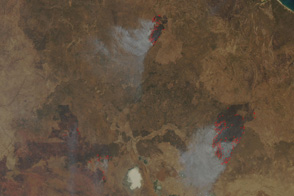