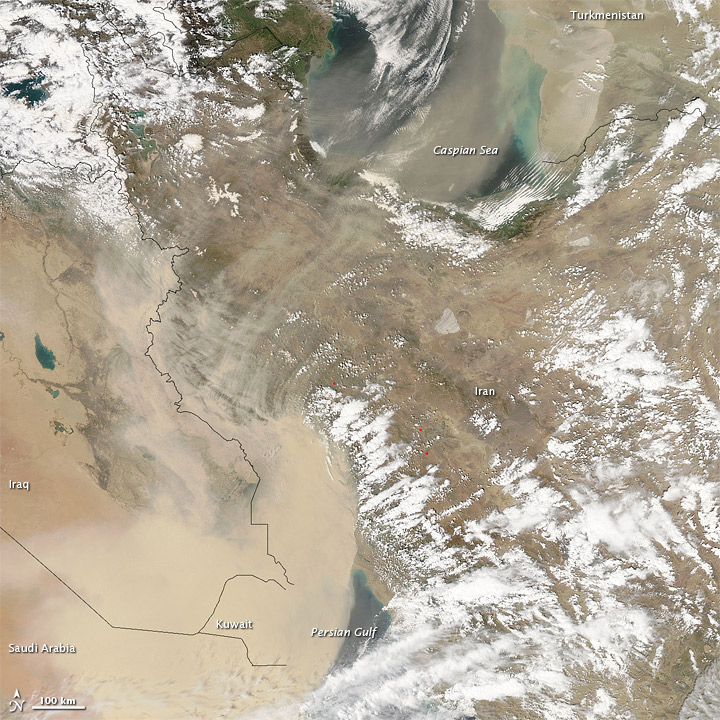 An intense dust storm blew over the Middle East in April 2011. Dust plumes extended from the western shore of the Persian Gulf to the eastern shore of the Caspian Sea. The Moderate Resolution Imaging Spectroradiometer (MODIS) on NASA’s Aqua satellite captured this natural-color image on April 13, 2011.

The opaque plume covers the southwestern tip of Iran, and thinner plumes extend northeast across Iran and the Caspian Sea. The northeastern margin of the storm appears over Turkmenistan.

Dust blew over parts of Iraq, Iran, Saudi Arabia, Qatar, and all of Kuwait in early June 2012.