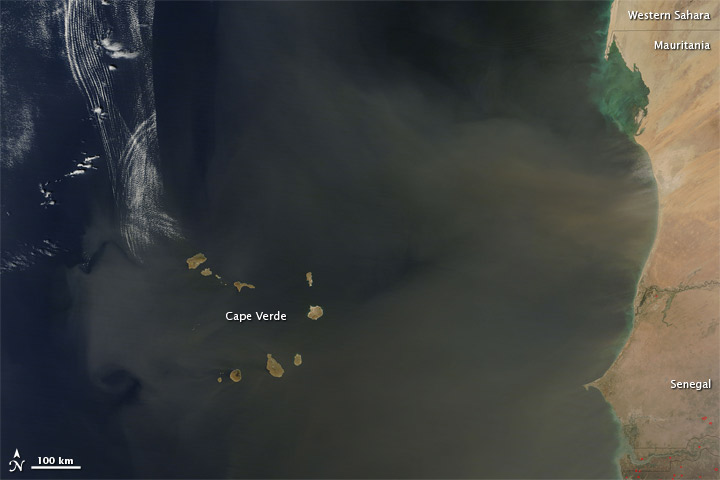 Dust blew off the west coast of northern Africa and past Cape Verde in late February 2011. The Moderate Resolution Imaging Spectroradiometer (MODIS) on NASA’s Terra satellite captured this natural-color image on February 27, 2011.

The dust appears thickest off the coast of Mauritania, where multiple plumes blow westward. Farther out to sea, the plumes blend into a thin haze that extends past Cape Verde. The edge of this large veil of dust appears perhaps 200 kilometers (125 miles) west of the archipelago, and has an uneven, fluid shape, reminiscent of cream mixing with coffee.

Acquired July 2, 2009, this natural-color image shows a massive arc of Saharan dust over the Atlantic Ocean, stretching well over 1,000 kilometers west of the African coast.