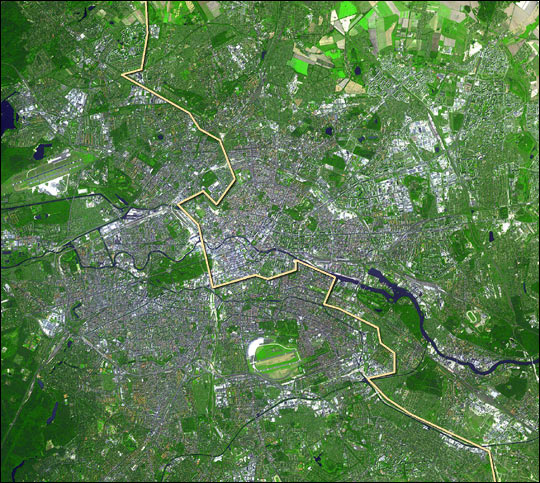 Inhabited since medieval times, the city of Berlin grew up out of settlements along the Spree River in a region of Europe long known as “the Mark of Brandenburg.” From its first recorded settlements in 1237, Berlin has grown into the capital and biggest city of Germany. It has a population of about 3.5 million and extends over 889 square kilometers. The Spree River runs horizontally through the center part of the scene. To the left of center, on the south side of the Spree, is the city’s Tiergarten, a large park in central Berlin. The park and gardens are an oasis of green amid the city’s dense urban development, which appears gray in the image. At upper right, a patchwork of fields is visible.