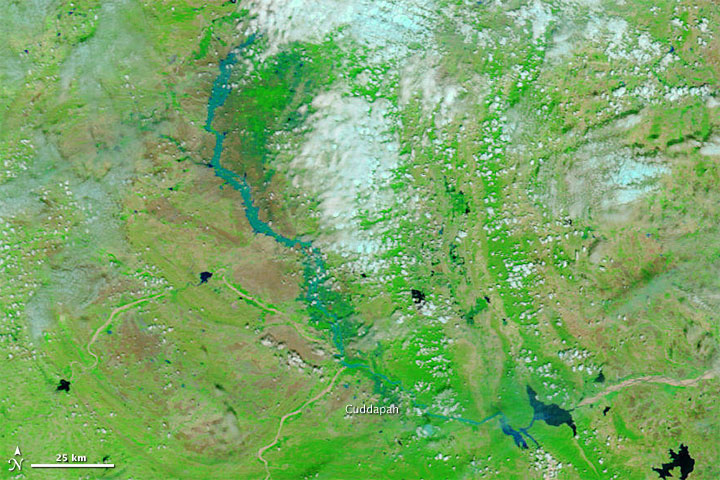 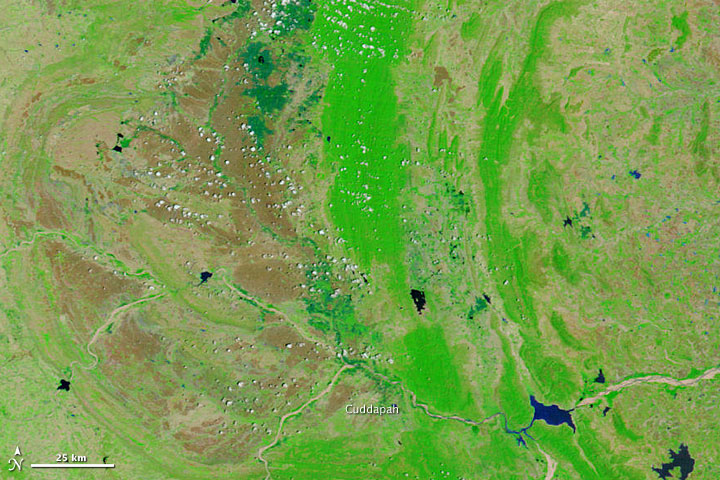 Heavy rains in southern India left at least 230 people dead and millions more homeless as of October 5, 2009, reported the BBC. In the Indian states of Andhra Pradesh and Karnataka, heavy rains fell for several days. Ironically, just one week before, the Indian government had reported that the country was suffering from the worst drought in 40 years.

The Moderate Resolution Imaging Spectroradiometer (MODIS) on NASA’s Terra satellite captured these images of a tributary feeding the Penner River in Andhra Pradesh, near the east coast of southern India. The top image shows the area on October 5, 2009, and the bottom image shows the same area on September 10, 2009. Both images use a combination of infrared and visible light to increase the contrast between water and land. Vegetation appears bright green, clouds appear pale turquoise, and water ranges in color from navy to teal. In the later image, the tributary, which runs roughly south, is substantially swollen.

These false-color images show part of southern India on October 5 and September 10. The before-and-after shots show the impact of heavy rains in early October 2009 on the Penner River in Andhra Pradesh.