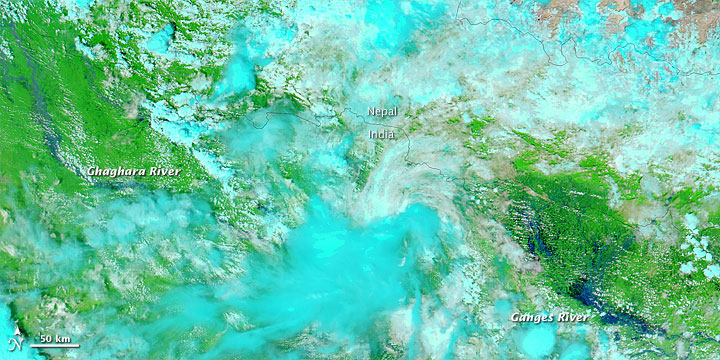 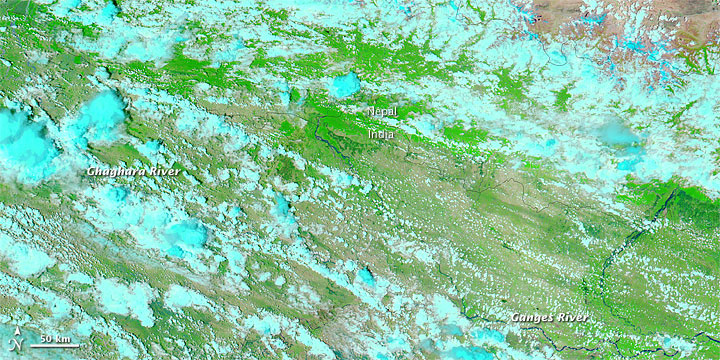 Floodwaters left crops and villages submerged along the India-Nepal border in late August 2009, according to a report from DailyIndia.com. The raging waters even forced some villagers to take refuge in trees along the Ghaghara (or Ghagra) River, a tributary to the Ganges.

The Moderate Resolution Imaging Spectroradiometer (MODIS) on NASA’s Aqua satellite captured the top image on August 24, 2009, and the bottom image July 23, 2009. Using both visible and infrared light, these images accentuate the difference between land and water. Green indicates vegetation, turquoise indicates clouds, and electric to navy blue indicate water. In the later image, high water is especially apparent north of the Ganges River, but the Ghaghara River is also swollen.

Like residents along the Brahmaputra River in Bangladesh, villagers in northern India had to contend with late-arriving monsoon rains. The Indian state of Uttar Pradesh was especially hard hit by the heavy rains.