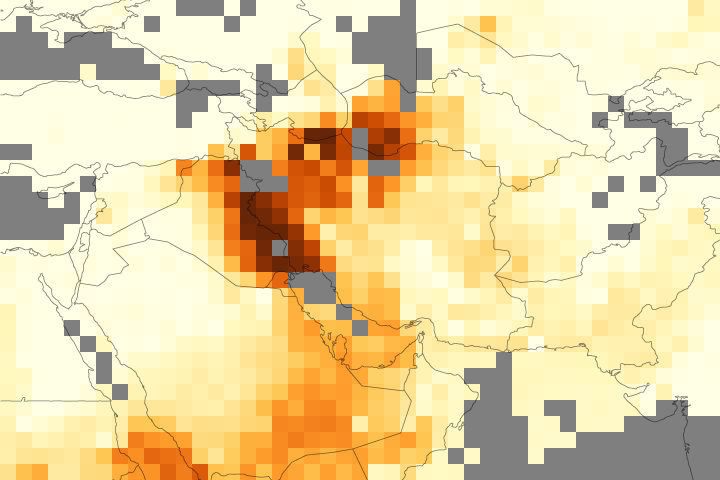 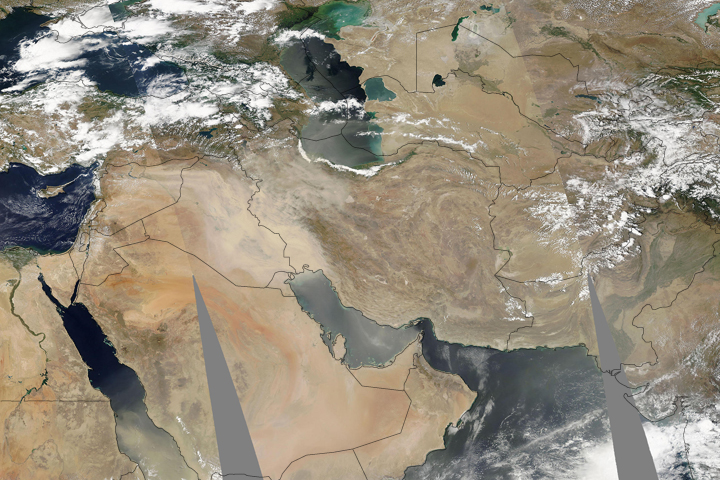 In early July 2009, Iraq experienced the worst dust storm in living memory, according to news reports. The storm raged over Iraq for more than a week, causing hundreds of hospitalizations and claiming at least three lives. The dust spread eastward to Iran and also hovered over the Arabian Peninsula.

Satellites that acquire photo-like images of the Earth can give a general sense of how thick a dust plume is, namely whether it’s thin enough to allow a fuzzy glimpse of the surface below, or thick enough to completely obscure the underlying land or ocean. The Ozone Monitoring Instrument (OMI) on NASA’s Aura satellite provides another view of dust storms by measuring their effects on sunlight. Aerosols—solid or liquid particles suspended in the air—can absorb or reflect sunlight before it reaches Earth’s surface.

On July 5-6, 2009, the Ozone Monitoring Instrument observed how much sunlight could reach the surface of the Earth through the dust particles kicked up by a severe dust storm over Iraq and Iran.

Dust Storm in Iraq and Iran

Acquired March 4, 2011, this natural-color image shows a dust storm over Iraq, Iran, and the Persian Gulf.