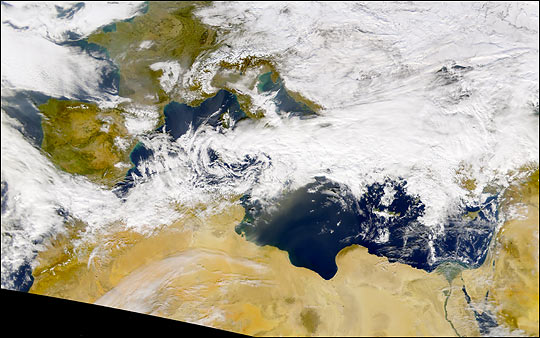 A severe winter storm swept across much of Europe yesterday (December 16, 2001), delivering bitter cold temperatures, high winds, heavy snowfall, and flooding in some regions. Transportation via road and rail was brought to a halt in parts of many countries while tens of thousands of people were left without power.

The Sea-viewing Wide Field-of-View Sensor (SeaWiFS), flying aboard the Orbview-2 satellite, captured this view of the storm as it passed over Europe yesterday. The true-color image shows the heavy clouds associated with the storm. Snowfall is visible in some areas where the skies were clear as the satellite passed over. (e.g., around Venice Lagoon, Italy; southern France, northeastern Spain, and the Ukraine). Some of the wind associated with the weather pattern was made visible by the dust it was transporting out of northern Africa--particularly around the Libya-Tunisia border. Bands of dust or some other aerosol are visible over the water south of the French Riviera. 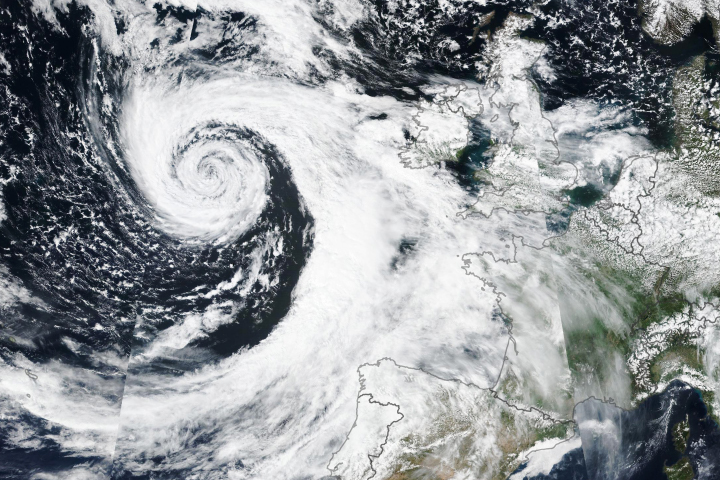 A large Atlantic storm front is expected to drop heavy rain over the United Kingdom.