Dust over the Yellow Sea 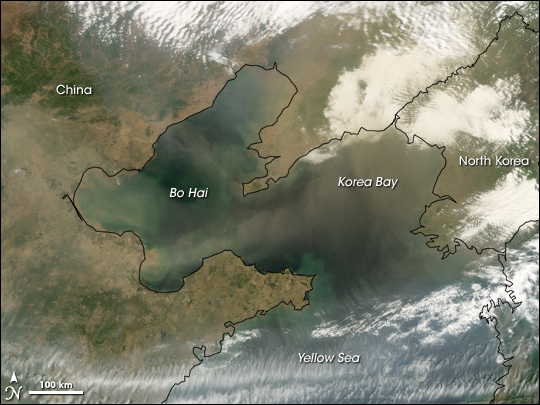 On May 20, 2008, a strong dust storm struck Beijing, according to news reports. A day later, dust and haze lingered over Bo Hai and the Yellow Sea, east of Beijing. The Moderate Resolution Imaging Spectroradiometer (MODIS) on NASA’s Terra satellite captured this image on May 21, 2008. In this image, the dust appears as a translucent tan haze that partially obscures the satellite’s view of the water. Mixed with the dust are haze and clouds, including a band of thin clouds stretching from east to west across the bottom of the image. Under the dust and haze, the ocean water appears laden with thick sediment along the coastline.