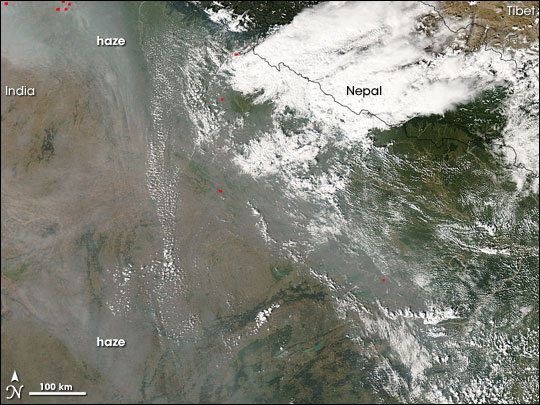 Haze collected over northern India, near the border with Nepal, on October 15, 2007. The Moderate Resolution Imaging Spectroradiometer (MODIS) on NASA’s Aqua satellite took this picture the same day. In this image, a dingy gray haze obscures the view of the land below. The haze hugs the border with Nepal in the northeast as well as taking a more southerly route in the west. The red dots are hotspots—temperature anomalies detected by the sensor—likely caused by fires.

At the time MODIS acquired this picture, India’s first biodiesel plant was beginning production, according to a report from The Times of India. The resulting “green” fuel, however, was planned for export to the United States and Europe. 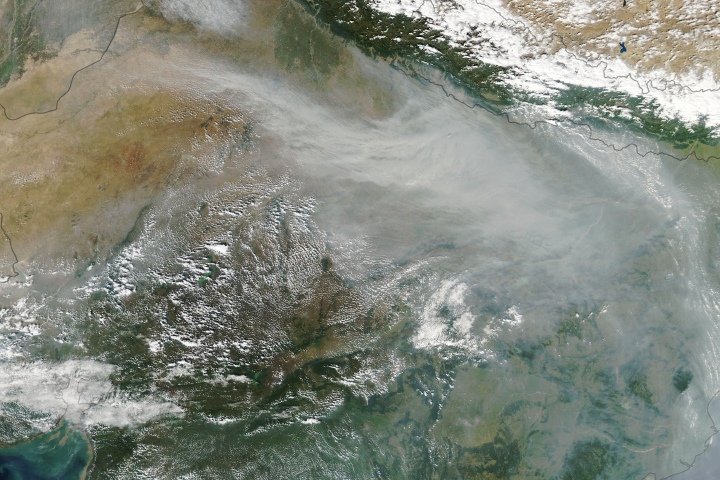