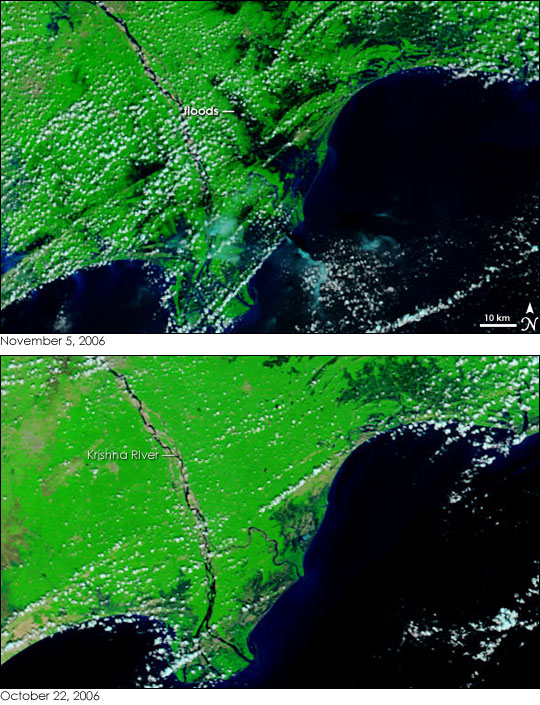 Wide swaths of the eastern Indian coast were underwater on November 5, 2006, when the Moderate Resolution Imaging Spectroradiometer (MODIS) on NASA’s Terra satellite captured the top image. Standing water, not present two weeks earlier (lower image), paints the landscape black, while long threads of pale blue and white clouds drift overhead. The floods followed in the wake of a cyclonic storm that pounded India’s southeast coast during the first days of November. The storm dumped record rainfall on the region shown in this image, reported the Dartmouth Flood Observatory. At least 39 people died in the flooding, and approximately 50,000 were evacuated.

The Krishna River cuts across the image just left of the center, and the worst of the flooding seems to be immediately east of the river. Though not readily visible in these images, several cities are clustered around the river. Among the largest is Machilipatnam (Bandar). The images were made with both visible and infrared light. Daily images of India are available from the MODIS Rapid Response Team in both false color, as shown here, and photo-like true color.