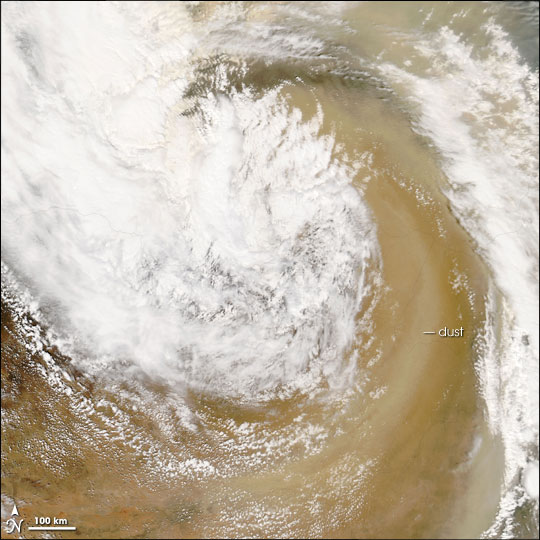 A dust storm, several hundred kilometers in diameter, moved through the Gobi Desert on May 30, 2006. The Moderate Resolution Imaging Spectroradiometer (MODIS) flying onboard NASA’s Aqua satellite took this picture the same day. In this image, the pale beige dust swirls in a clockwise direction, around a hub of fluffy white clouds.

In 2005, a Nature paper examined China’s changing environment. Partly exacerbated by human actions such as overgrazing and land degradation, dust storms began to increase in the 20th century. Between AD 300 and 1949, northwestern China saw a dust storm on average every 31 years. After 1990, the average jumped to one such storm per year.