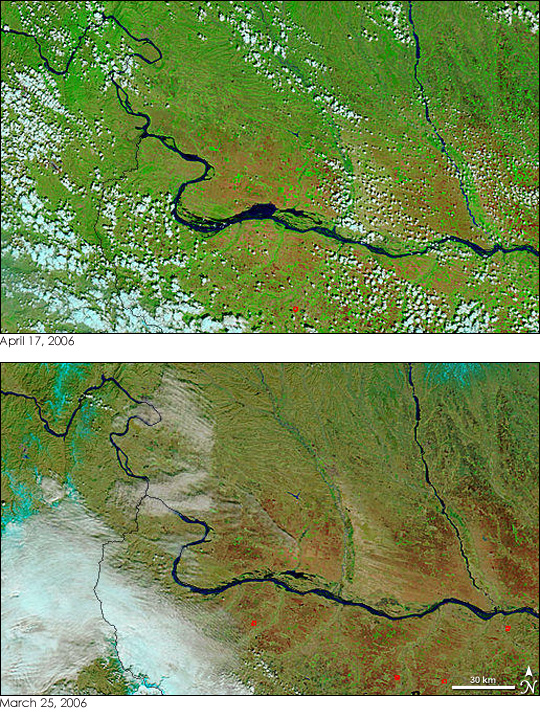 The flood crest on the Danube River had reached Romania when the Moderate Resolution Imaging Spectroradiometer (MODIS) on NASA’s Terra satellite took the top image on April 17, 2006. These images are shown in false color to highlight the presence of water. Water is black or dark blue, clouds are pale blue and white, vegetation is green, and bare earth ranges from dark red to tan. The reddest regions may be burn scars from extensive agricultural burning.

The Danube is most noticeably swollen near the Serbian border on the left side of the image, where a large bulge of water is spread over the land. To alleviate the impact of floods in villages and cities, the Romanian government deliberately diverted flood water over some 100,000 hectares of farmland and forest, say news reports, and this may be the flooding seen here. However, high water on the river also breached a dike near the area shown here, and that may also have contributed to the bulge. The Danube was flowing at nearly 16,000 cubic meters per second on April 17, more than twice its normal volume, reported the BBC.