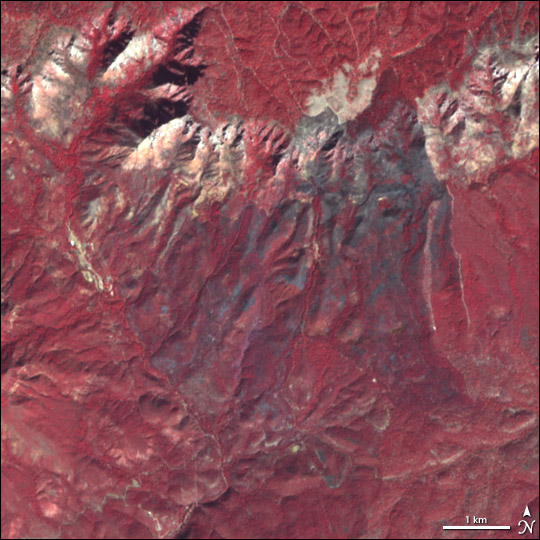 North of Payson, Arizona, an early-season fire broke out in the rugged terrain along the Mogollon Rim in the Tonto National Forest on February 6, 2006. The fire spread south and southwest through a landscape of chaparral, pine, and juniper for more than a week. It eventually burned through about 4,243 acres (about 17 square kilometers) before firefighters contained it. This false-color image captured on February 15 by the Advanced Spaceborne Thermal Emission and Reflection Radiometer (ASTER) on NASA’s Terra satellite shows the charcoal-colored burn scar left by the blaze. In this type of image, vegetation appears red, the burned area is charcoal, and bare or thinly vegetated ground appears tan. These tan areas show the rim’s highest elevations. According to reports on the USDA Forest Service’s regional Website, the fire appears to have started from an abandoned campfire. 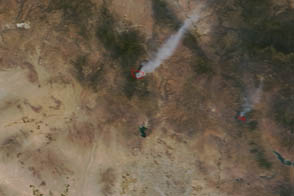 A wildfire north of Phoenix threatened the historic mining community of Crown King.