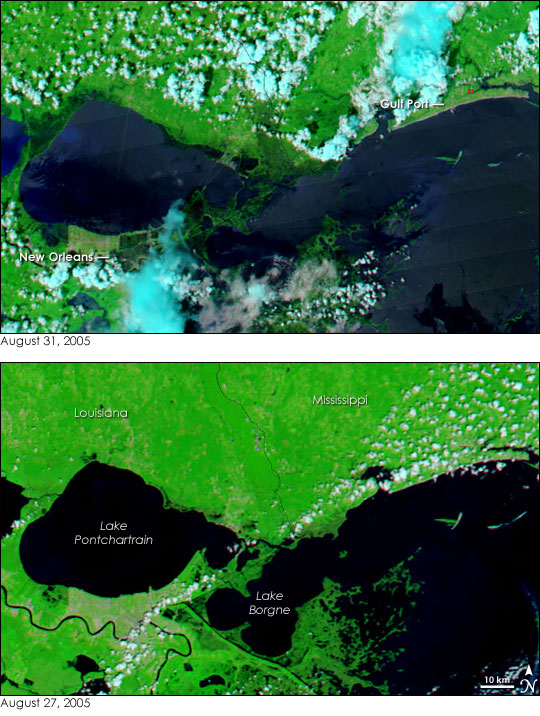 In these false-color images, water is black or dark blue, vegetation is green, and clouds are light blue and white. Land that has been flooded is a deep green in the top image. Outside of New Orleans, the floods are most severe on the east side of Lake Pontchartrain. The land separating the lake from Lake Borgne is either saturated or completely covered with water. A wedge of the northeast shore of Lake Pontchartrain is also underwater.

On the west side of the lake, conditions seem to be improving. On August 30 the northwestern shore of Lake Pontchartrain had disappeared, blending into Lake Maurepas to the west. By August 31, the shore had reappeared, though it is still darkened with flood water.

The large images provided above are at MODIS’ maximum resolution of 250 meters per pixel. Both the August 31 and August 27 images are available in additional resolutions from the MODIS Rapid Response Team, which provides daily images of the region.