Fires in Nevada and Idaho 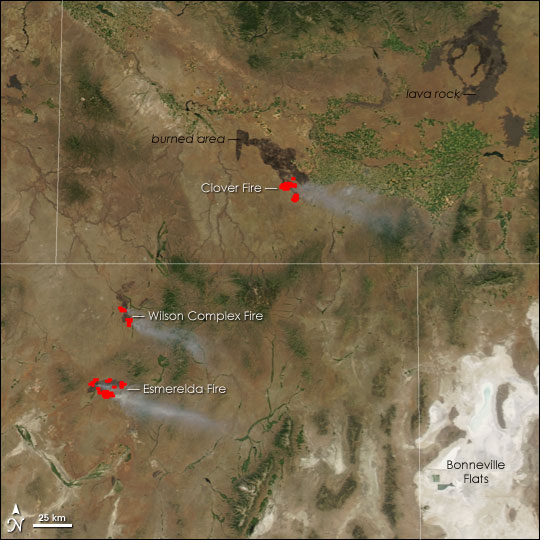 In northern Nevada, two large fires were racing through sagebrush and grass on July 18, 2005, when this image was captured by the Moderate Resolution Imaging Spectroradiometer (MODIS) on NASA’s Aqua satellite. Active fire locations that MODIS detected are marked in red. Both the Esmerelda and Wilson Complex Fires were damaging livestock forage areas, as well as native animal habitat. To the north, in Idaho, the Clover Fire was burning in a southeast direction, creating a dark brown burn scar that looks much like the lava rocks of the Craters of the Moon National Monument. As of July 19, 2005, the Clover Fire was estimated to have burned 183,000 acres; the Wilson Fire: 57,500 acres; and the Esmerelda Fire: 75,000 acres.