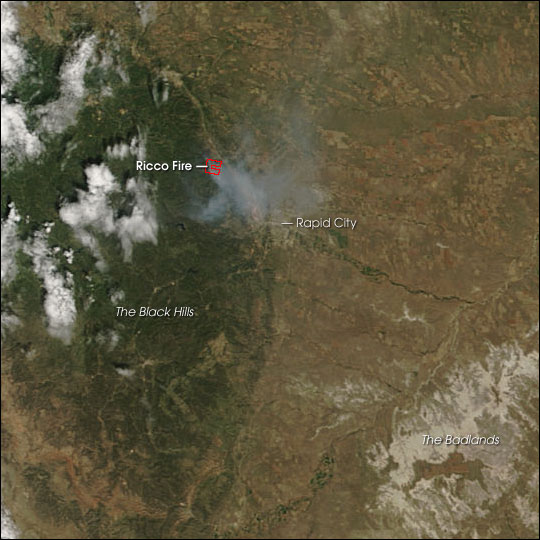 The Ricco Fire in the Black Hills National Forest in South Dakota was threatening subdivisions, botanical preserves, and archeological sites on July 11, 2005. This image of the blaze was captured on July 10, 2005, by the Moderate Resolution Imaging Spectroradiometer (MODIS) on NASA’s Terra satellite. The actively burning part of the fire that MODIS detected is outlined in red. Smoke hangs over Rapid City along the eastern edge of the forested mountains.

Ricco Fire in the Black Hills