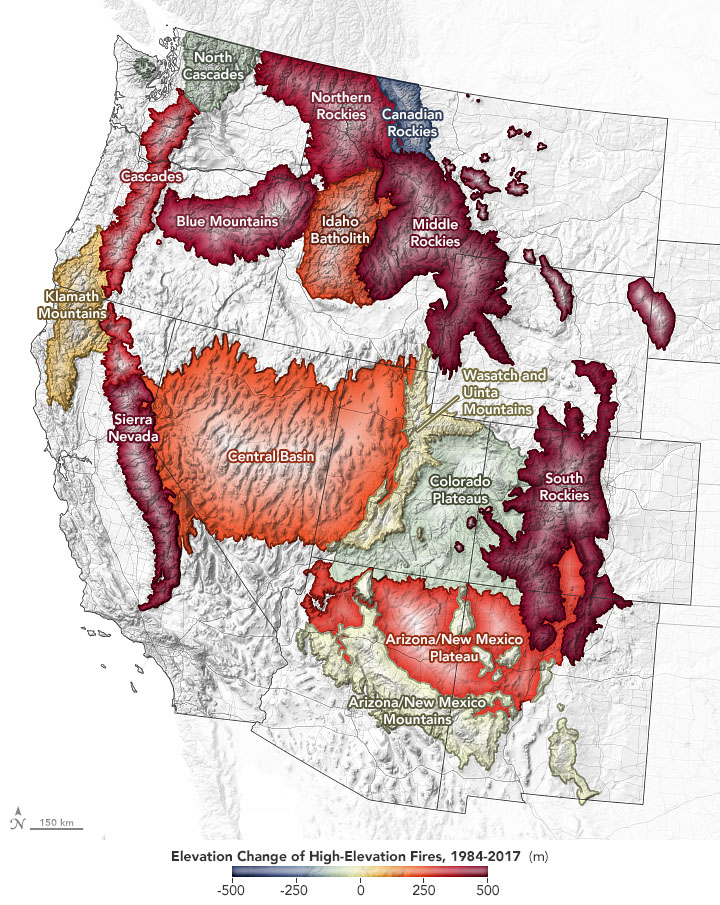 Scientists have known for decades that climate change makes wildfires more common, larger, and more intense. Now an international team of scientists has demonstrated a new connection between fires and global warming. Using data from Landsat satellites, they discovered that wildfires in the western United States have been spreading to higher elevations due to warmer and drier conditions that are clearly linked to climate change.

Historically, forest fires have been rare in high-elevation areas—at least 8,200 feet (2,500 meters) above sea level. But when McGill University scientist Mohammad Reza Alizadeh and colleagues studied fires that occurred in the West between 1984 and 2017, they found blazes moving to higher ground at a rate of 25 feet (7.6 meters) per year.

Fires are now burning higher up on hillsides and mountainsides because areas that used to be too wet to burn are now drier due to warmer temperatures and earlier snowmelt. The study also showed that drier air—which makes vegetation dry out and burn more easily—is moving upward at a rate of about 29 feet (8.9 meters) each year. The researchers estimated that an additional 31,500 square miles (81,500 square kilometers) of the mountainous U.S. West are now more vulnerable to fires compared to 1984.

The map above illustrates where and how much fires have moved upslope in the western United States since 1984, according to the study by Alizadeh and colleagues. Shades of yellow, orange, and red show the intensity of the elevation gain by mountain range.

“Our research would not have been possible if it were not for decades of reliable Landsat data to help us look back in time,” said Alizadeh. “We hope these findings will encourage people to not only mitigate the effects of increased wildfire activity, but also to limit emissions and curb global warming.”

To evaluate fire characteristics in high-elevation regions, the researchers combined two Landsat-derived data sets—one that showed the locations of moderate to severe fires and one that displayed forest cover—with a digital elevation model. By overlaying these datasets, the team was able to analyze trends in forest fire elevation for different regions with similar ecological traits. They also compared their findings with measurements of vapor pressure (a measure of moisture in the air) and found a strong link between aridity and the elevation and size of forest fires.

The impacts of such high-elevation fires are numerous. Many mountain ranges serve as “water towers” for the western U.S.: snow accumulates on mountaintops each winter and then melts and runs down to river valleys as a summer water source. Fires can change how snow accumulates and melts, shifting when it is available in downstream reservoirs and rivers. That’s a problem for more than 60 million people in the western US who rely on this water source. Fire debris, ash, and chemical retardants also can pollute the water, reducing its quality for drinking.

High-elevation fires are also bad news for species native to those areas because the much of the plant life is not fire-adapted and may grow back differently, as a 2020 paper suggested. Streams near high-elevation fires can also become much warmer than those in similar areas without fires. Both conditions threaten native animals and plants that depend on cooler water and air.

Finally, many towns and cities located at high elevations are not necessarily accustomed to the threat of wildfires. “Areas in Canada and the western U.S. are experiencing droughts and heat waves, which increase the risk of fires,” said Mojtaba Sadegh, an assistant professor at Boise State University and a co-author of the paper. “This should raise the alarm for people to think more about what the future will look like if global warming continues at the same rate.”

“Moving forward, we can implement adapted forest management practices, create more fire-resilient communities, and use tactics like controlled burns,” Sadegh said. ”But because the root cause is climate change, the most important path forward is to prevent further degradation and warming, which requires both individual and collective action.”

Wildfires in the western United States have been spreading to higher elevations due to warmer and drier conditions. 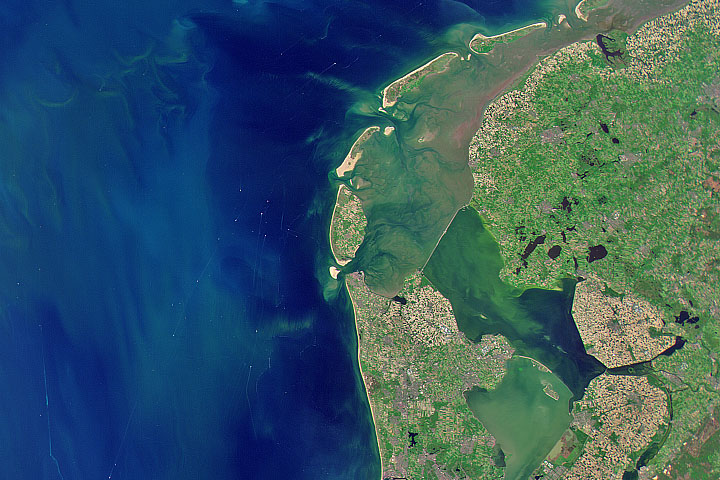 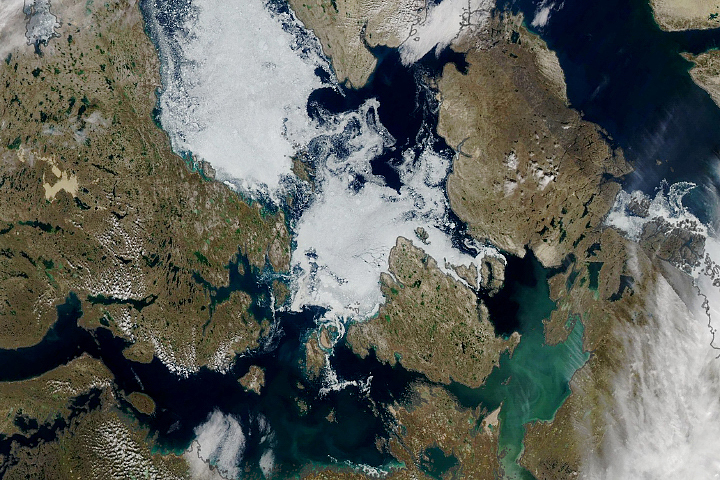