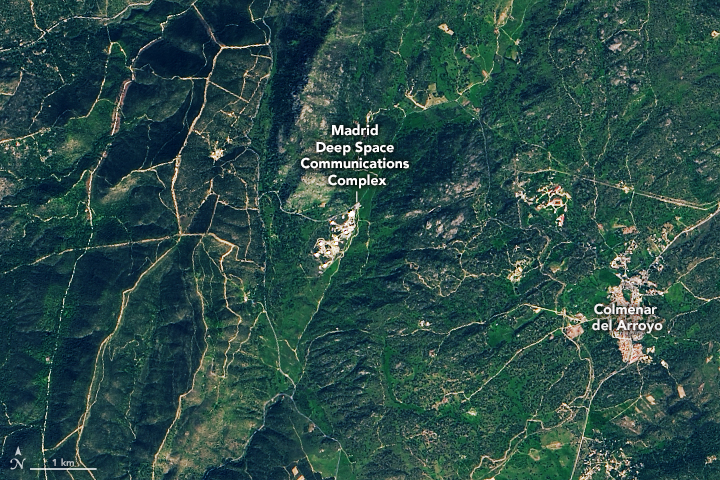 NASA’s Deep Space Network (DSN) is the giant planetary switchboard that helps dozens of distant spacecraft communicate with teams of engineers and scientists on Earth.

On March 17, 2021, the Operational Land Imager (OLI) on Landsat 8 acquired this natural-color image of one of the communications hubs in Robledo de Chavela, about 50 kilometers (30 miles) west of Madrid, Spain. The complex has several large radio antennas with parabolic dishes that appear as white circles in the Landsat image. The location was chosen because it was equidistant to DSN stations in Goldstone, California and Canberra, Australia. The strategic placement allows for continuous communication with spacecraft as Earth rotates.

NASA first established a DSN facility in Spain in 1964 as it was starting the Gemini and Mercury programs. The Madrid facility, like the other two DSN facilities, has at least six antennas.

The most powerful antenna at the Madrid facility is Deep Space Station 63. With a diameter of 70 meters (230 feet), it receives signals from missions as far away as interstellar space. In January 2021, engineers completed the installation of Deep Space Station 56, a versatile 34-meter (112-foot) antenna that is capable of communicating at multiple frequencies and with multiple spacecraft. Existing antennas are limited in the frequency bands they can receive and transmit, often restricting them to communicating only with specific spacecraft.

In addition to tracking and communicating with distant spacecraft, scientists make use of data from the DSN to study Earth’s shape and gravity field, a discipline known as very-long-baseline interferometry (VLBI) to track small changes in Earth's crust such as the movement of tectonic plates. 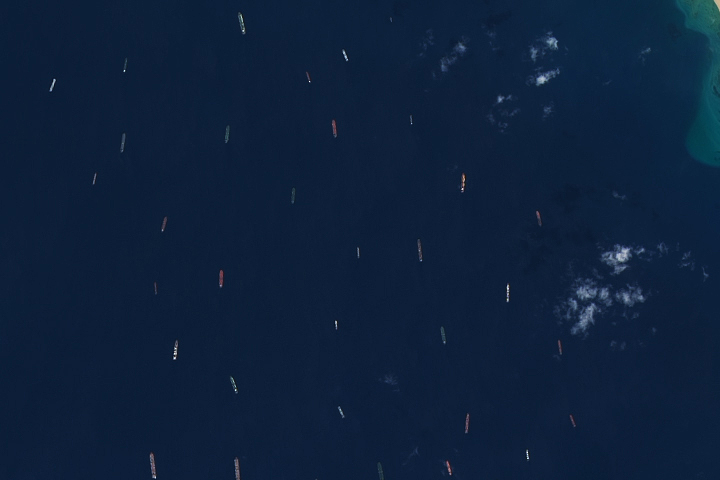