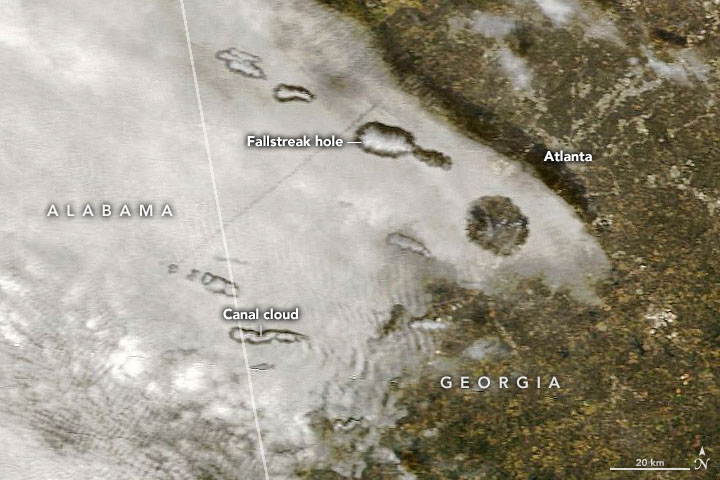 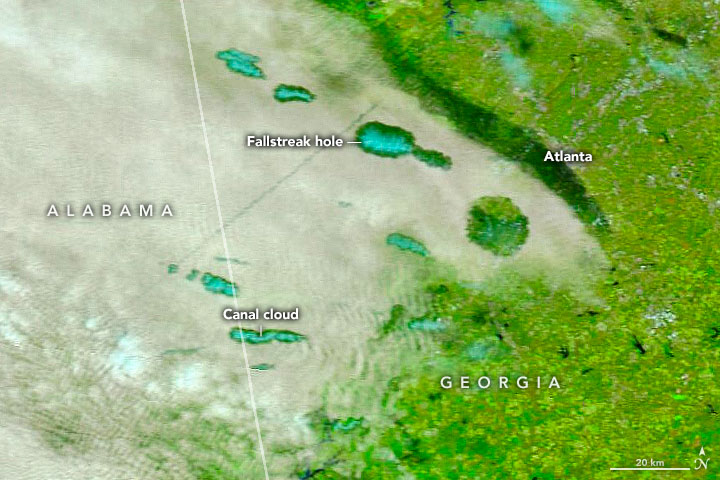 In January 2020, the sky over Sweden delivered an early valentine to people on the ground in the form of a heart-shaped hole in the clouds. Unfortunately, the sky appeared heartless to NASA satellites looking down from above. But other cases of the unusual atmospheric display—so-called “fallstreak holes”—dotted the sky that month over the southern United States.

The natural-color (left) and false-color (right) images above, acquired on January 29, 2021, show fallstreak holes west of Atlanta, Georgia. The natural-color image below shows a similar scene on January 7, 2021, northwest of Miami, Florida. The locations are more than 500 miles apart, but the physics behind the phenomenon is the same. All of the images were acquired by the Moderate Resolution Imaging Spectroradiometer (MODIS) on NASA’s Terra satellite. 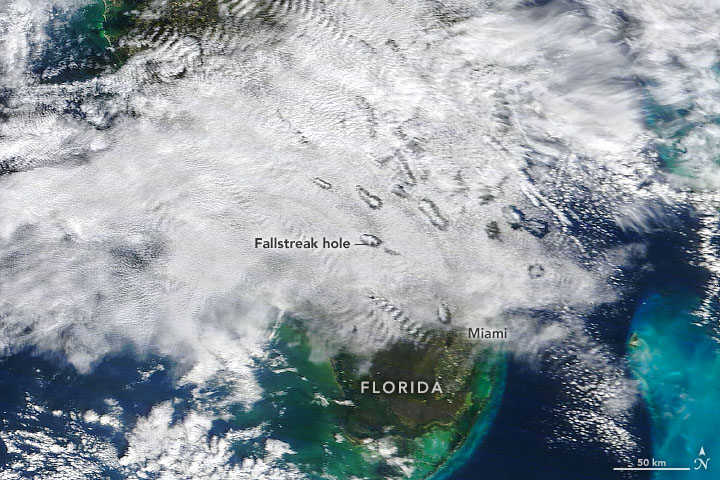 Fallstreak holes, also known as hole-punch clouds, are the result of cold air temperatures and atmospheric instability. Viewed from below, it can appear as if part of the cloud is falling out of the sky. As it turns out, that is actually what’s happening.

The phenomenon occurs in mid-level clouds composed of liquid water droplets that are super-cooled; that is, the droplets remain liquid even when temperatures are below the typical freezing point of water (32°F, or 0°C). But even super-cooled droplets have their limits. The additional cooling that occurs over the wings of aircraft, for example, can push the droplets to the point of freezing as an airplane passes through the cloud layer. Ice crystals beget more ice crystals as the liquid droplets continue to freeze. They eventually grow heavy enough that the ice crystals fall out of the sky, leaving behind a void in the cloud layer.

The falling ice crystals are often visible in the center of the holes. They are especially apparent in the false-color image at the top of this page, which uses a combination of infrared and visible light (MODIS bands 7-2-1) to distinguish between water and ice. In this view, ice clouds (blue) appear centered within the voids in the water clouds (white).

Both ascending and descending aircraft are a common trigger for fallstreak holes and their longer, skinner cousins, canal clouds. It is no coincidence that the holes are located near busy airport hubs. 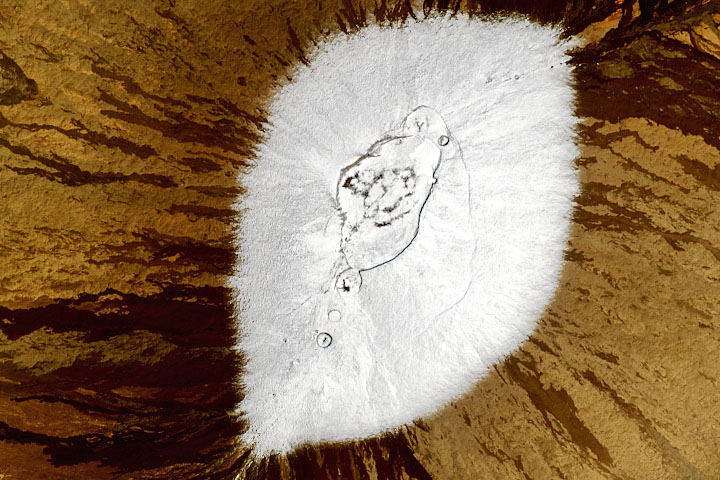