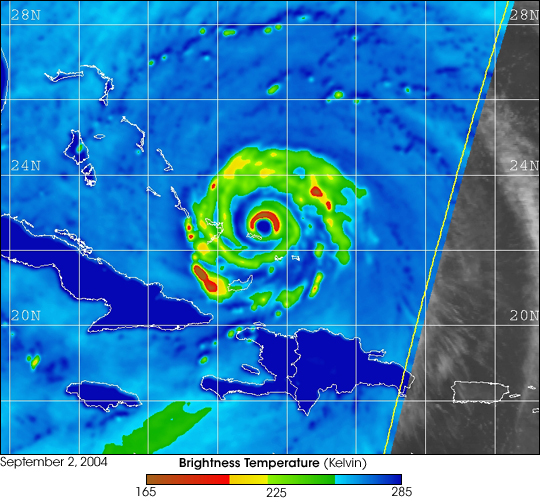 The Advanced Microwave Scanning Radiometer for EOS (AMSR-E) flying aboard NASA's Aqua satellite captured this false-color image of Hurricane Frances on September 2, 2004 at 6:45 UTC (2:45 AM EDT).

When AMSR-E data is combined with data from other sensors to fill in the temporal sampling, the satellite meteorologist is able to see the storm structure's time evolution.

AMSR-E was provided to the Aqua program by the Japan Aerospace Exploration Agency (JAXA).