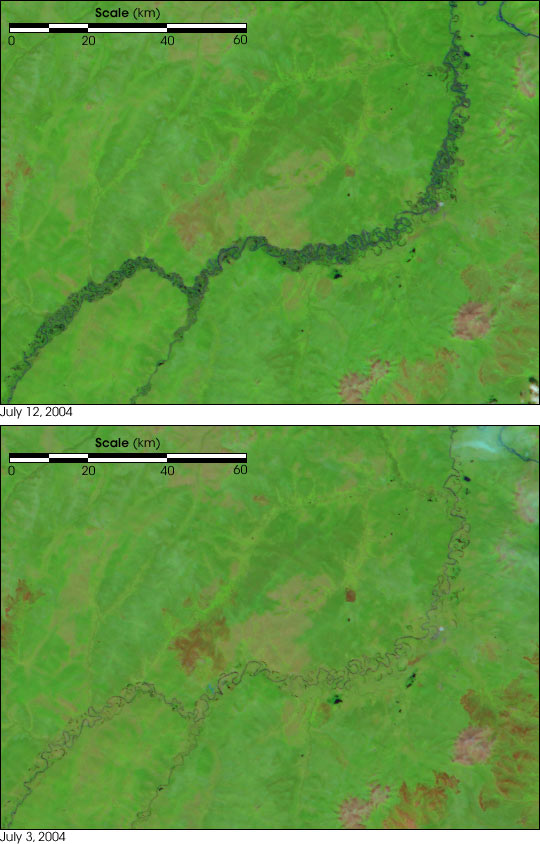 Melting snow flooded the Yana River in northeastern Siberia starting in mid-June 2004. The top Moderate Resolution Imaging Spectroradiometer (MODIS) image, acquired on July 12, 2004, shows the river with water pushing over its banks. Last year at this time, the river was much smaller in contrast. The floods have affected up to 5,000 people, including many in the town of Verkhoyansk, which was reported to be completely flooded. Both of the above images show the river at MODIS’ maximum resolution of 250 meters per pixel. The large format images have the same resolution, but show a broader area around the Yana.