The Dance of the Atmosphere and Ocean 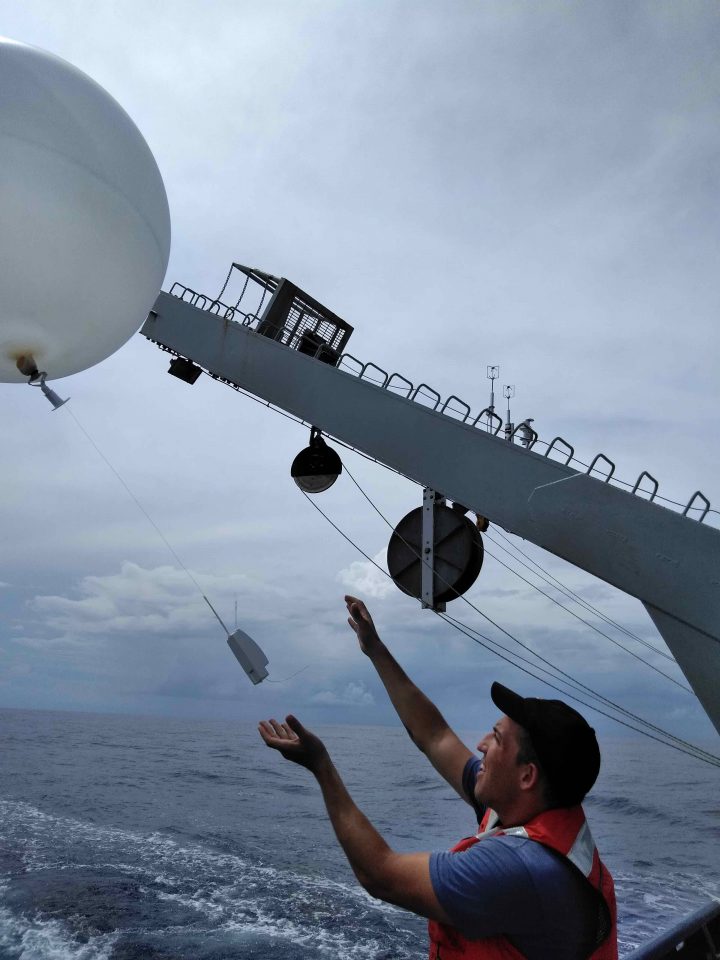 SPURS-2 continues a legacy of experiments focused on the dance between the atmosphere and ocean.  The two fluids play a critical role in Earth’s habitability and their exchange (AKA flux) of heat, freshwater, gases, and momentum are part of our essential suite of observations at sea.  Just as we profile the upper 500 m of the ocean several times per day, soundings of the atmosphere are made by launching sensors on balloons four times per day (See previous blog: Balloon Bonanza).  Fluxes are measured from the ship and from moorings.  Ben Greenwood from WHOI is looking after the ballooning and flux measurements on this cruise on behalf of PI Carol Anne Clayson. 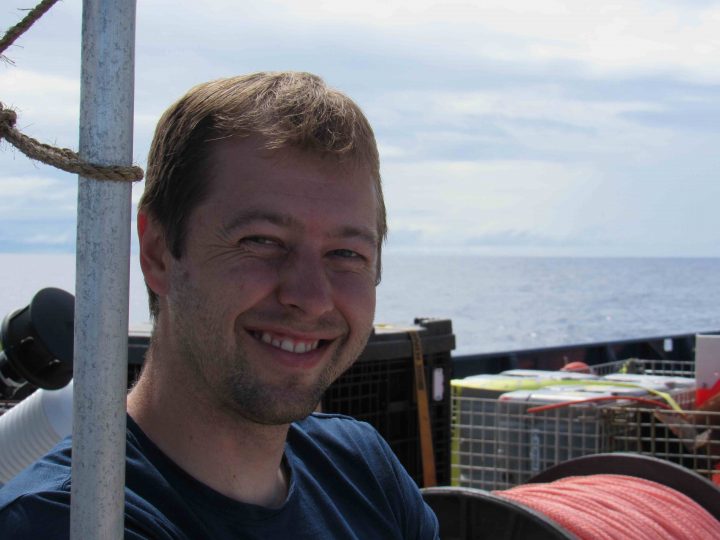 One of the unique aspects of this SPURS-2 expedition is the addition of rain-mapping radar to the observations.  Without radar-based measurements it is difficult to characterize the history of the ocean’s fresh water “puddles”  that we so carefully observe with an extensive suite of oceanographic measurements.  The SEA-POL radar from Colorado State University can map the location and intensity of rainfall for 100 km around the ship. In addition, for meteorological science, it provides the size and 3-D structure of precipitation.  The radar data can potentially catalyze a more quantitative and definitive analysis of the oceanographic data. 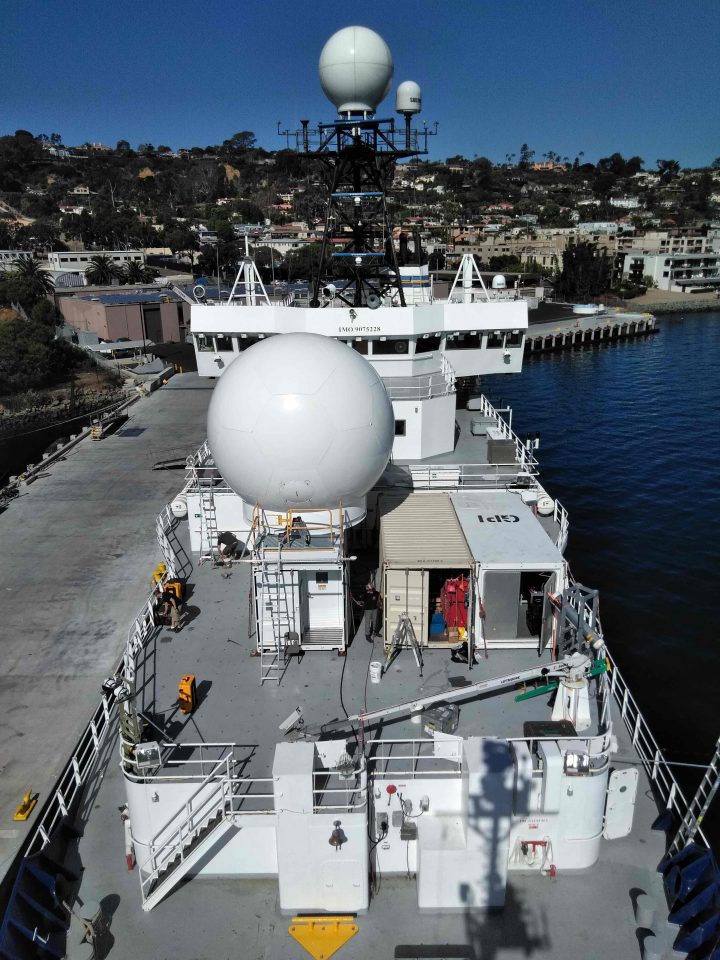 One of the tensions inherent to bringing the radar to sea as a rain-mapper in service of the oceanography is that the “normal” scientific objectives of the radar team, such as studying convection in the atmosphere, are somewhat secondary to the SPURS-2 science objectives.  The greater goal of SEA-POL (funded by NSF over many years) is, for example, to understand the structure and evolution of precipitation systems in the Intertropical Convergence Zone.  The SPURS-2 oceanographers want to work in low wind regimes with sporadic rainfall events, where the physics of rain mixing into the ocean is slow enough to be observable. These events are more prevalent in areas of shallow (more gentle) atmospheric convection.  Of course we understand that the east Pacific fresh-pool is largely forced by rainfall from major (more powerful) convective cells; those are of keen interest by the radar scientists aboard.  However, as we learned in 2016 during the initial SPURS-2 voyage, the major convection events often also come with higher winds that effectively “blow-out” the subtle upper-ocean salinity physics that SPURS-2 seeks to observe and understand. So, I think the radar team has had its patience tested (at least a little) by the oceanographers this voyage.  They have provided a valuable precipitation data set for SPURS-2.

SEA-POL (SEA-going POLarimetric radar) is a unique radar. It is a state-of-the-art C-band Doppler radar with dual-polarization capabilities. That is a mouth full!  Let’s break down what these features mean in terms of capability and science.  The C-band means that is uses wavelengths of radiation of ~5 cm – and because of the antenna size, makes it reasonably portable while still having a good range and penetration of the atmosphere.  A Doppler radar uses the Doppler effect to produce velocity data about objects at a distance. It does this by bouncing the C-band signal off the precipitation drops and ice particles and analyzing how their motion has altered the frequency of the returned signal. The dual-polarization aspect make this a more capable radar for rain-mapping and sets it apart from previous sea-going weather radars. This feature involves the simultaneous transmission of two high-powered electromagnetic waves, one with the wave oriented in the horizontal and the other in the vertical.  Scientifically this allows discrimination between heavy and light rain and also between rain and ice particles – because of how the different shapes of raindrops and ice particles of different sizes interact with each polarization.   Measuring the drop-size characteristics in detail allows the CSU team to map rain rates with greater accuracy and also to better study how rain and ice particles are formed in the towering tropical convective clouds surrounding us.   Overall, it’s an amazing machine!

The deployment of SEA-POL marks the first time the U.S. has fielded a dual-polarization C-band radar on a ship. SEA-POL was built at CSU in a strong collaboration between the Departments of Atmospheric Science (Prof. Rutledge) and Electrical and Computer Engineering (Prof. V. Chandrasekar).  Excellent data has been obtained – proving SEA-POL’s readiness for future deployments.

This entry was posted on Thursday, November 9th, 2017 at 11:24 am and is filed under Salinity Processes in the Upper Ocean Regional Study (SPURS). You can follow any responses to this entry through the RSS 2.0 feed. Both comments and pings are currently closed.

One Response to “The Dance of the Atmosphere and Ocean”