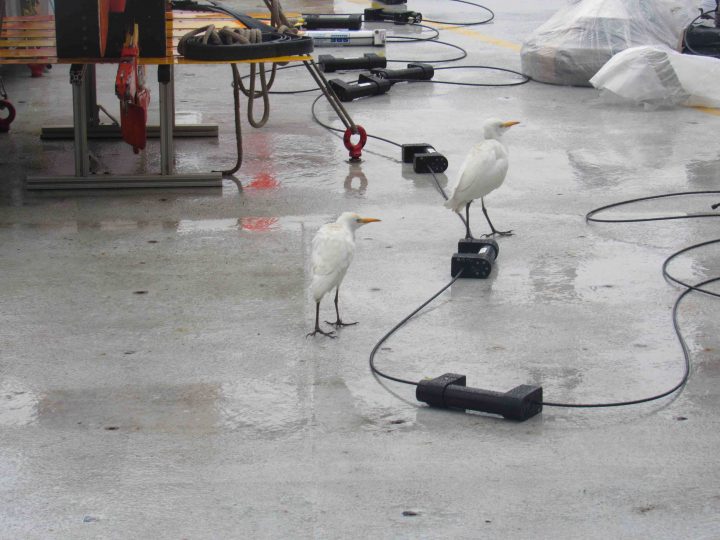 Our Egrets assist with drifter deployment.

We had imagined a grand drifter experiment for SPURS-2.  Investigators from a number of institutions contributed drifters that would measure surface temperature and salinity and transmit position via satellite.  Each was a different technology and would drift with currents at a different depth.  Surface Velocity Program drifters (5), of which there is a global array of 1250 at any one time, are tailored to follow the currents at 15 m depth; CODE drifters (5) follow the currents at 2 m depth; French drifters (5), looking like miniature starships, follow the currents at 1 m depth; and new drifters (20) from Florida State University, looking like film cans from the cinema, follow the current within inches of the ocean surface.  It was thought that if we could deploy all of them in about 1 square kilometer of ocean and watch them drift for a day, we could further understand the “shear” in currents near the surface (differences in speed and direction at different levels).  With 35 drifters in all at 4 different levels, it seemed like an interesting experiment.

OK, so the immediate problem with this experiment was discovered before any drifters were deployed.  Both France and FSU (25 of 35 drifters) use Globalstar positioning system.  Although both groups had been assured that this system would work out here in the remote tropical Pacific Ocean, in fact no positioning information could be obtained once the drifters were turned on for testing.  How this happened is surely the subject of much email between our investigators ashore and Globalstar.  These 25 drifters return home unused.  A huge part of the experiment went south without ever touching the water! 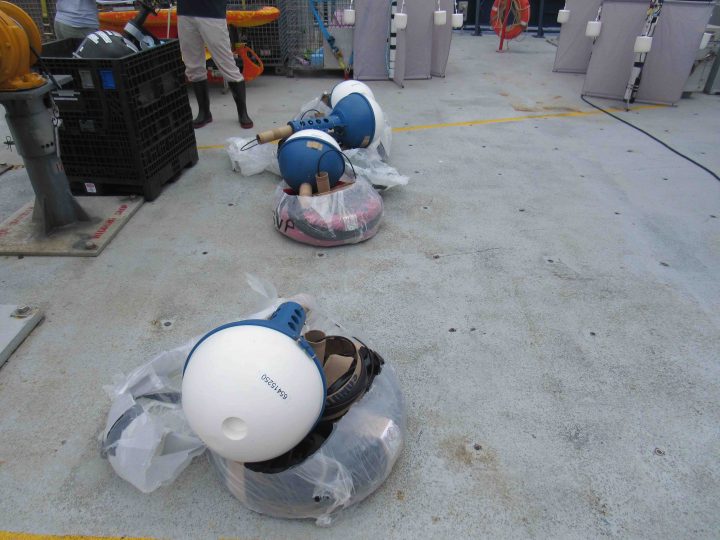 Now, we have 10 drifters at 2 levels.   Not nearly so interesting.  As planned we deployed them close together.  The two kinds  of drifters stayed together as like kinds and immediately headed off in slightly different directions (of south, funnily enough…).   We recovered the CODE drifters after 24 hours and the SVP drifters remain in the water to join their brethren as part of the global array.   What did we learn?   It was hardly the “big” drifter we expected and the loss of diversity hurt pretty bad.   We learned again that this kind of thing happens at sea, the technology of the lab and concept of an experiment runs afoul of reality and the sea.   The battle between technology and the sea continues to rage. 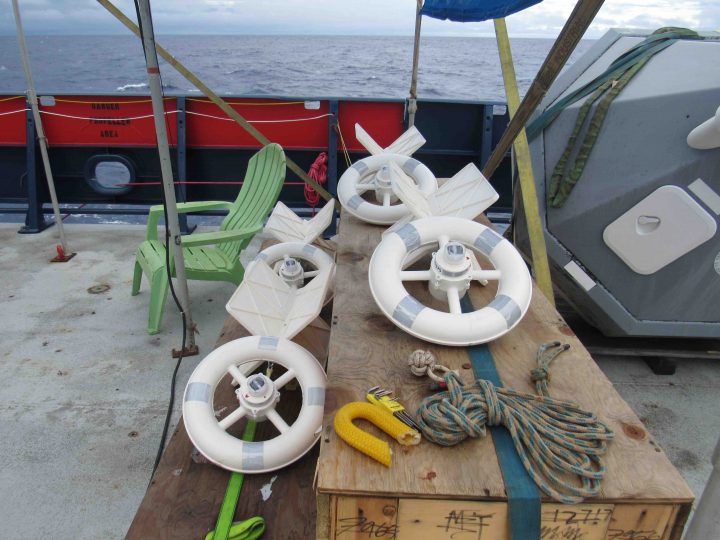 One person who is deeply disappointed by our drifter experience is Alexandre Supply.   He is all set to begin his Ph.D. work and might have been in a good position to analyze the conceptualized drifter experiment.  As it stands, he has worked out a new configuration of drifter material for deployment sometime in the next week (a mini-experiment).  This will at least allow tests of some technology and some oceanographic data for his collaborators.

Alexandre Supply (at University of Pierre and Marie Curie in Paris) is one of those young scientists who gives us old folks hope for a bright future for our science of physical oceanography.  We are lucky that he only thought briefly of studying law and quickly learned that natural science was much more to his liking.  He describes being torn between careers in astronomy/space studies or climate – only to discover that he could have it both ways by working on oceanography from space.  That is the kind of thinking that brings people into the world of the NASA Earth Science Division! 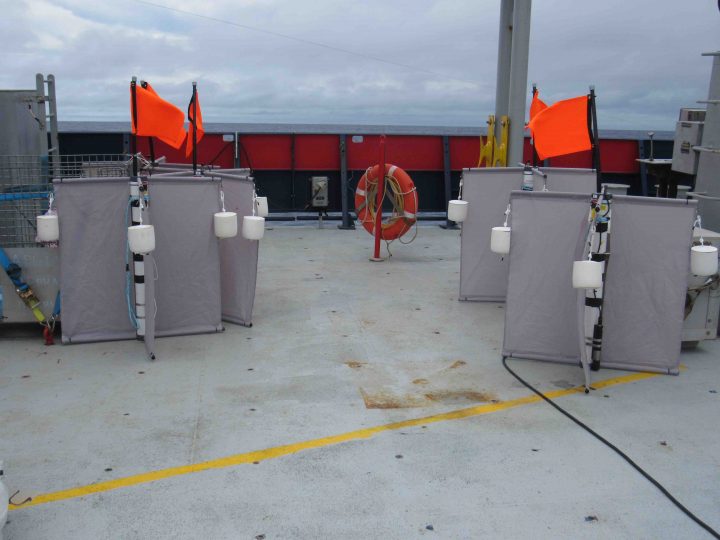 Alexandre and his fiancé, Anastasia, will both be looking for work in the oceanography-from-space realm once all their academic credentials are completed.  They will be a new kind of “power couple” in the field (both with Ph.D.) with deep experience in satellite data analysis and sea-going experience.  Their language skills alone are awesome (French, English, and Russian)!  I hope they are interested in working with NASA one day. 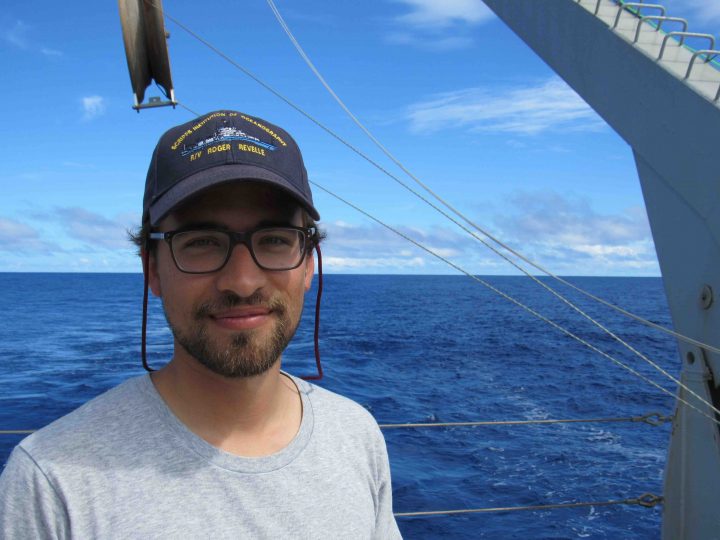 This entry was posted on Tuesday, November 7th, 2017 at 7:25 am and is filed under Salinity Processes in the Upper Ocean Regional Study (SPURS). You can follow any responses to this entry through the RSS 2.0 feed. Both comments and pings are currently closed.

One Response to “A Drifter Experiment Goes South”