May 9th, 2017 by Laura Prugh, University of Washington

We created some interesting patterns reminiscent of alien crop circles during our snow surveys in Alaska’s Wrangell St Elias National Park last month. Anne Nolin, Chris Cosgrove, Kelly Sivy and I were flown to the Jaeger Mesa cabin in an R44 helicopter, and from there we spent a week measuring snow depth and density along transects, in spirals, in snow pits, and even in sheep tracks. We also checked on the cameras and snow stakes that we had deployed in September, and we were pleased to find all of them undisturbed, with just one camera out of 22 that malfunctioned. Snow survey data and photos of snow depth from the cameras will be used to ground truth a model of snow properties, which in turn will be used to understand how changing snow conditions affect Dall sheep movements. 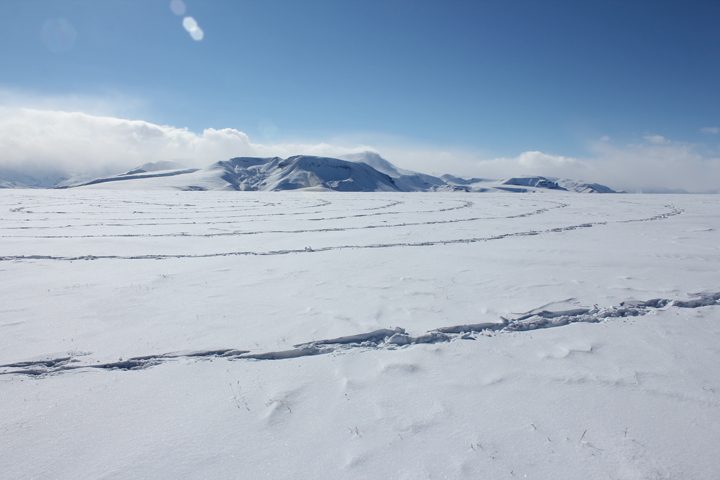 A spiral is an efficient pattern that yields hundreds of snow depth measurements in a given area.

How hard does the snow have to be to support the weight of a sheep? We set out to answer this question by taking snow density measurements at 44 sets of sheep tracks and measuring the hoof dimensions and sink depth of the tracks. Although we are still examining the data, a quick visual examination shows a density threshold near 320 kg/m3, above which the sheep tracks remained on the snow surface (sink depth < 4 cm). These measurements will help us to understand how snow properties affect the energetics of winter travel and foraging (pawing through snow) for Dall sheep. 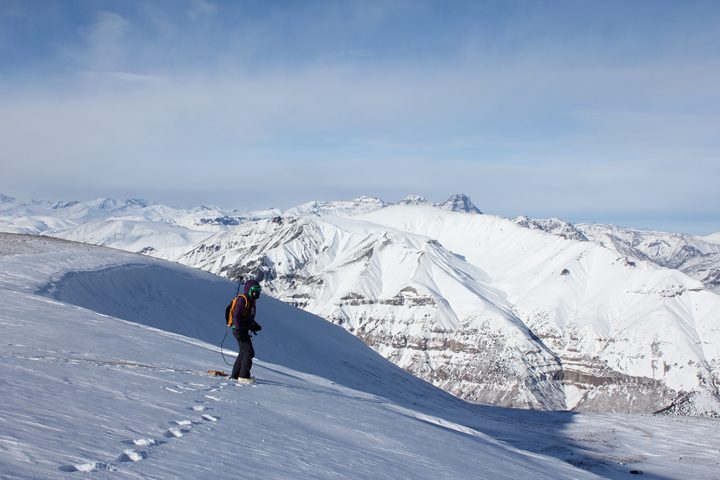 Anne Nolin using the Magnaprobe—quite a bit more snow on the leeward side. 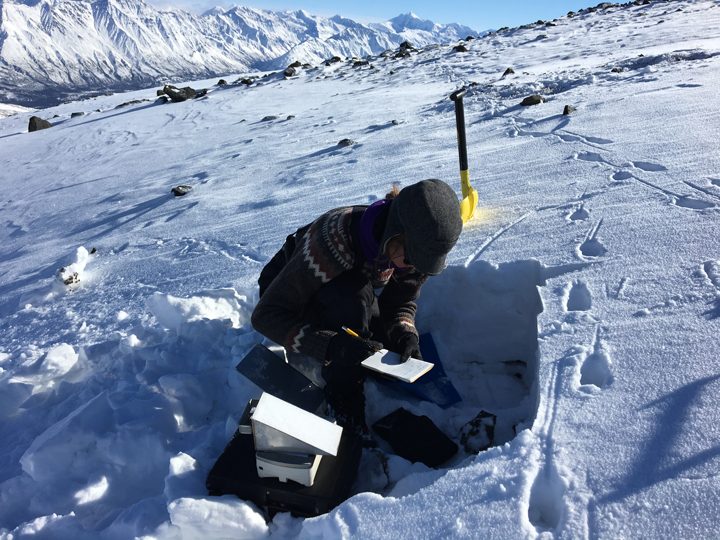 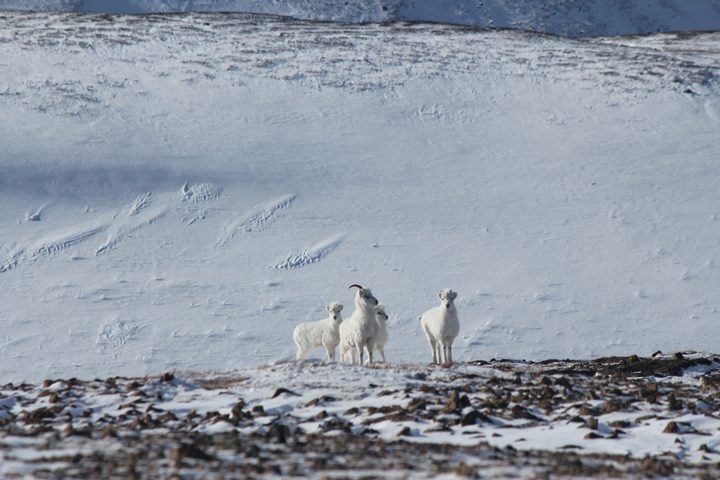 Ewes and lambs near one of our sampling transects. 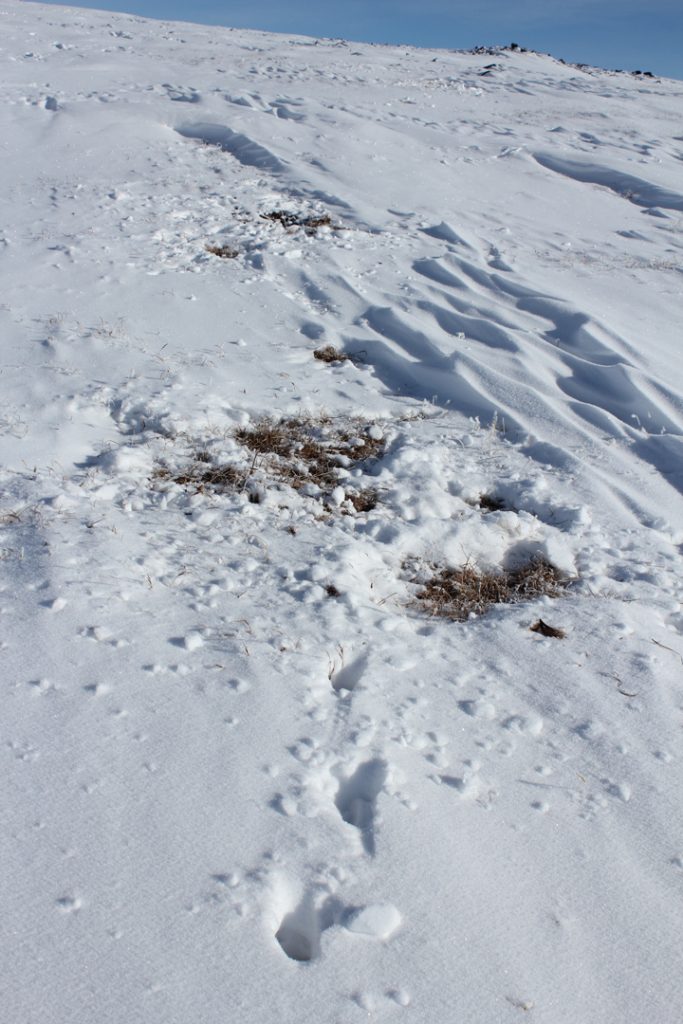 Cratering, where sheep have pawed through the snow to forage on grass.

This entry was posted on Tuesday, May 9th, 2017 at 3:45 pm and is filed under Arctic-Boreal Vulnerability Experiment (ABoVE). You can follow any responses to this entry through the RSS 2.0 feed. Both comments and pings are currently closed.

One Response to “Snow Surveys and Dall Sheep”