Studying African Fires from the Skies

As the soaking rains of the summer wet-season subside in early July, the vast savannas of the southern half of the African continent dry out and turn from green to brown to a crispy yellow. Local farmers take advantage of the dried-out vegetation and burn the aged remains of crops before plowing and harrowing in an effort to return vital nutrients to the soil. The result of all this dry-season burning is a large, thick, persistent plume of smoke that stretches from the eastern coasts of Mozambique out over the southern Atlantic Ocean, sometimes reaching past Ascension Island on its way to Brazil. In many years, this plume persists, almost unbroken, from August through October.

A team of 100 plus scientists from NASA and universities are here on the far west coast of Namibia in the small desert resort town of Swakopmund to study the impact that this expansive plume of smoke has on low cloud dynamics over the Atlantic Ocean. Our mission is called the Observations of Aerosols Above Clouds and their Interactions, or ORACLES. 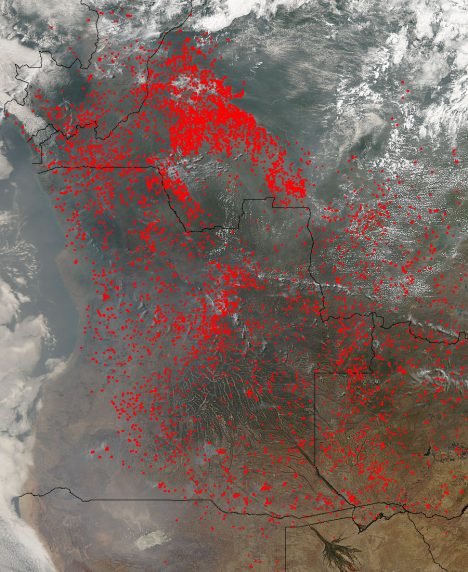 A MODIS satellite image from 21-08-2013 showing abundant fire (red dots) and an expansive plume of smoke originating in Angola and stretching out over the open Atlantic where it interacts with low clouds. Credit: NASA

We’re using two research aircraft – the P-3 and the ER-2 (shown below) – equipped with over a dozen instruments and team members from a more than a dozen countries, to study these interactions from above, below and even within the clouds and smoke. I personally work with an instrument that is on-board the ER-2, but, just last week (August 31), the P-3 aircraft had its first successful research flight over the open Atlantic and flew through some impressive regions of smoke. 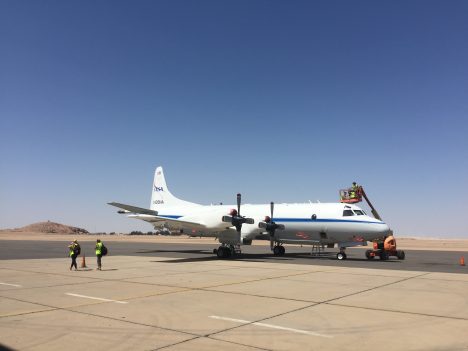 Scientists and engineers working on the P-3 aircraft which is currently stationed at Walvis Bay International Airport, Namibia. Photo by Mike Tosca. 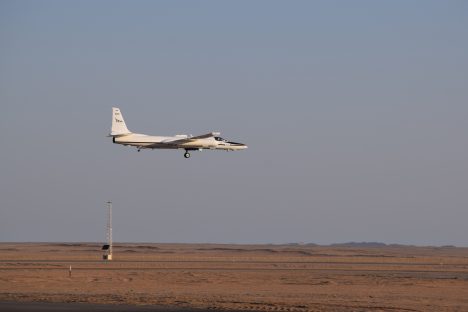 A spectacular image of the ER-2 aircraft landing at Walvis Bay International Airport on August 26, 2016. Photo by Brian Rheingans.

Before arriving in Swakopmund, I, personally, had the great privilege of seeing this impressive plume of smoke overland and in “the wild”. I spent three days touring the incredible Etosha National Park in far northern Namibia where I was able to see a menagerie of megafauna (elephants, lions, giraffes, oh my) juxtaposed against an almost surreal background of grey, smoky skies. It goes without saying that the thick smoke – which originated from biomass burning in many cases hundreds of miles away in Zambia and beyond – helped produce some of the most spectacular sunsets I’ve ever seen. 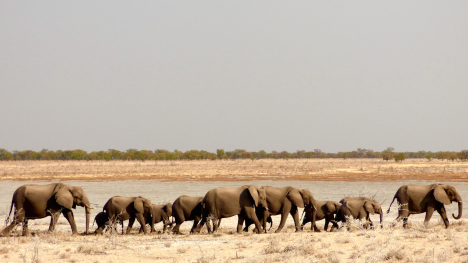 A family of elephants in Etosha National Park is an impressive foreground subject to a gray sky filled with biomass burning smoke originating in central Africa. Photo by Mike Tosca. 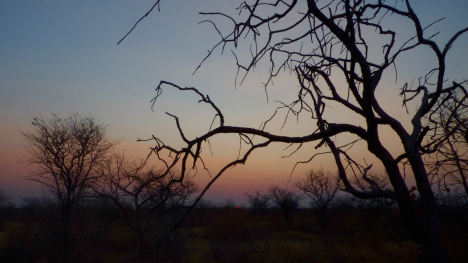 A brilliant sunset viewed through a layer of biomass burning smoke from Etosha National Park on August 18, 2016. Photo by Mike Tosca.

This research campaign is just ramping up, but the smoky skies and the cloudy Atlantic are already proving to be the perfect real-life research laboratory for questions about the complex and not-well-understood interactions between smoke particles and low clouds. I think I speak for the scientific community when I say that I’m looking forward to the incredible and first-of-their-kind data that are sure to come out of this campaign over the next month or so.

This entry was posted on Tuesday, September 6th, 2016 at 3:01 pm and is filed under ORACLES. You can follow any responses to this entry through the RSS 2.0 feed. Both comments and pings are currently closed.

3 Responses to “Studying African Fires from the Skies”