ATom-1, the first of four ATom deployments over the next few years, is about to wind down. We’ve covered over 60,000 km and flown all the way around the world, but unlike the Jules Verne classic, it took us only 24 days (and not 80) to make it back to Palmdale, California. I managed not to get sick (or break any bones, which is an achievement if you know me!), despite the nearly 100 flight hours and lots of sleep deprivation. 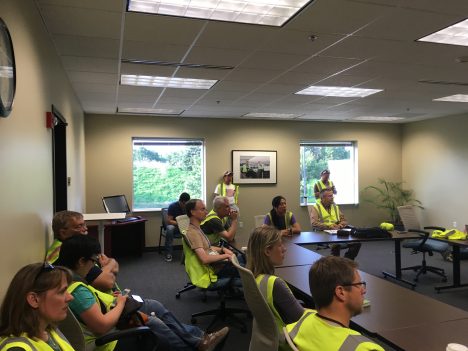 I have found the second half of the ATom-1 deployment a lot more challenging than the first half. Some of the challenge was the constant changing of location and lack of routine outside of the aircraft. It has gotten to the stage that I might not know what city I’m in, what day it is or what the local time is, but I can get the instrument ready to measure. That’s both comforting and a little disturbing! 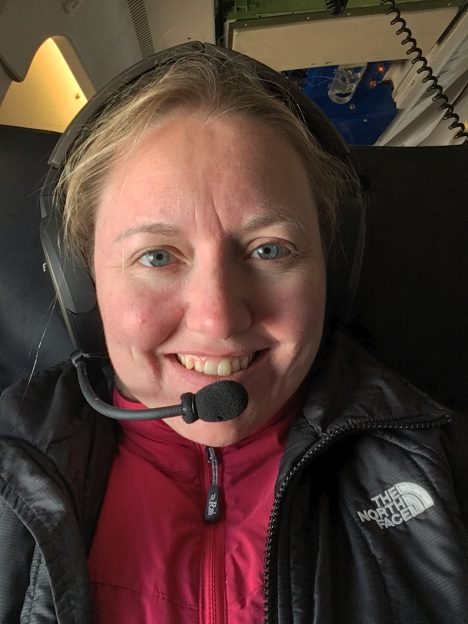 Some of the challenge was the fatigue brought on by the long length of working days on the aircraft and time changes, the effects of which I didn’t fully appreciate beforehand. On a typical flight day we wake up at 3 a.m. to shower and pack our bags, we start preparing the instrument for the flight at 4 a.m., we take off at 7 a.m., fly and measure for 10 hours, and land at 5 p.m. if we don’t change time zones. As we constantly fly to a new location, it then takes another hour or two to get off the aircraft and to the hotel. With such a long flight day, all I’m able to do after a flight is fall into bed – ideally after finding some food! 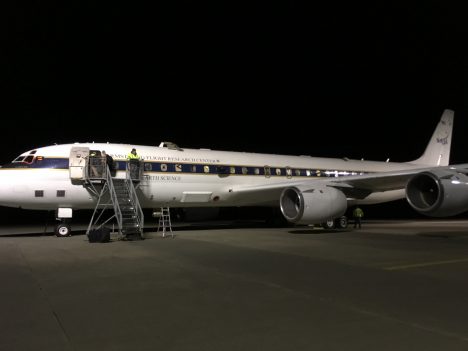 Preparing to leave Punta Arenas, Chile in the dark. Photo by Róisín Commane

Flying into the sunrise. Photo by Róisín Commane

Flying east was a lot harder than flying west and to help this I think we are planning an extra day in Punta Arenas, Chile for ATom-2. We needed more than a day to get back on track after an 8 hour time change. It was winter in Punta Arenas this time so it was a little too cold to spend long in the sunshine (to encourage my sleep cycle to normalize). But in February, it will be southern hemisphere summer and being outside will be much easier. And hopefully I will fulfill a long-time ambition and see a penguin in the wild next time too! And not just a black and white cormorant that looks like a penguin! 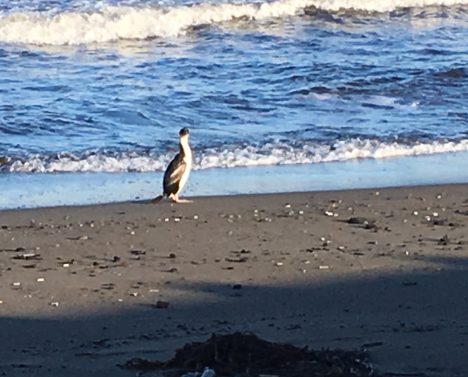 A cormorant on the beach in Punta Arenas, Chile. Hopefully next time I’ll see a penguin! Photo by Róisín Commane

This entry was posted on Monday, August 29th, 2016 at 2:08 pm and is filed under ATom: World Survey of the Atmosphere. You can follow any responses to this entry through the RSS 2.0 feed. Both comments and pings are currently closed.