It sounds like something from a bad sci-fi movie, but we are indeed at Station Zero. On most oceanographic cruises there is what is called a “shake down day” or an opportunity to test all your equipment and methods with a test station before the actual ‘real’ sampling begins. Thus, we have conducted a modified version of our sampling scheme, and have dubbed where we stopped Station Zero. We were pretty excited to finally get to a point where we could drop our instruments over the side and collect water. Our excitement came with a midnight start time, but even the early morning hours could not dampen our spirit. Most science groups have worked for months to get prepared enough to take the first sample, so to actually stop and finally sample was exciting! 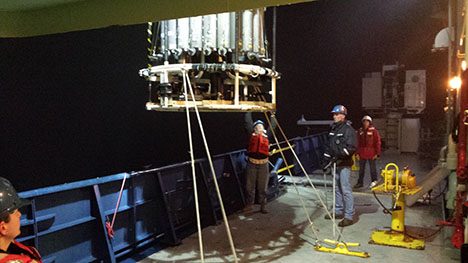 We are anticipating starting all over again tomorrow morning with our first station. We have some indications from an Argo float that is nearby, that the spring bloom of phytoplankton we are hoping to capture is still increasing in abundance. This is exciting as we were hoping to catch the bloom in just this stage. 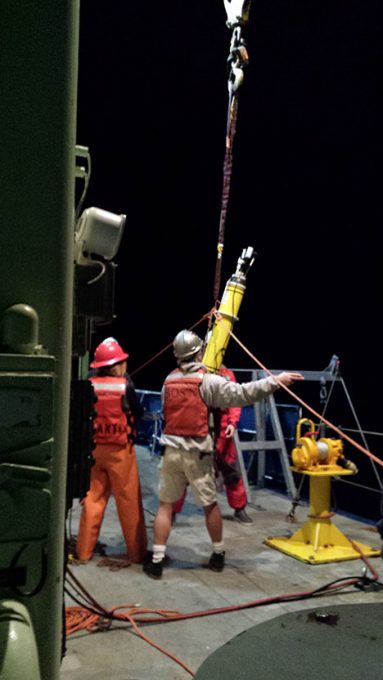 Picture of an Argo float being deployed during NAAMES-I

I wish I could say our occupation of Station Zero ended with an alien invasion, but I think that would just be my sleep deprivation talking. However, it did end with a great level of excitement about what tomorrow, and the first station, will bring.

This entry was posted on Tuesday, May 17th, 2016 at 1:16 pm and is filed under NAAMES (North Atlantic Aerosols and Marine Ecosystems Study). You can follow any responses to this entry through the RSS 2.0 feed. Both comments and pings are currently closed.