Preparing for the Trip North 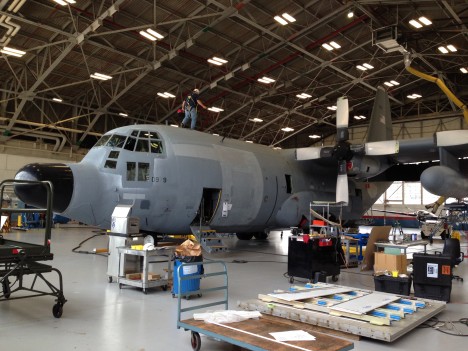 NASA’s C-130 research aircraft sitting in the hangar at Wallops Flight Facility as it is being prepared for the ARISE field campaign. Credit: NASA / Christy Hansen

For the past few weeks, aircraft technicians and instrument experts have been preparing the C-130 for its upcoming trip to the Arctic. A large part of this process was installing and testing the scientific gear that the ARISE team will use to collect data on clouds and ice.

Land, Vegetation and Ice Sensor (LVIS) instrument and control racks aboard the NASA C-130 research aircraft seen during instrument integration at Wallops Flight Facility in Virginia. LVIS is a laser altimeter that will be used to measure land and sea ice elevation during NASA’s ARISE campaign.
Credit: NASA / David Rabine

Once the instruments are installed and tested on the ground, the ARISE team carried out a pair of check flights – one to make sure the C-130 is flying in peak condition and one to verify that the mission’s various instruments are working properly. 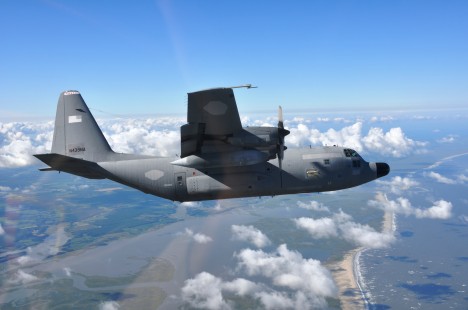 For the next few weeks, the ARISE team will fly out of Eielson Air Force Base, Alaska, to collect data on Arctic ice and clouds.

This entry was posted on Tuesday, September 2nd, 2014 at 11:11 am and is filed under NASA in Alaska. You can follow any responses to this entry through the RSS 2.0 feed. Both comments and pings are currently closed.