A View of the Top of the World

The North Pole! NASA pilot Tim Williams flew over the pole Wednesday afternoon. It was a cloudy day at 90 degrees north, as seen through the ER-2’s viewsight. (Credit: Tim Williams/NASA)

Fly north from Fairbanks and after a while, you’ll be off the map. Literally, as ER-2 pilot Tim Williams found out Thursday when he flew the NASA aircraft on a mission to the North Pole and back.

“At some point, the map’s not there,” he said at a post-flight debrief Thursday evening. 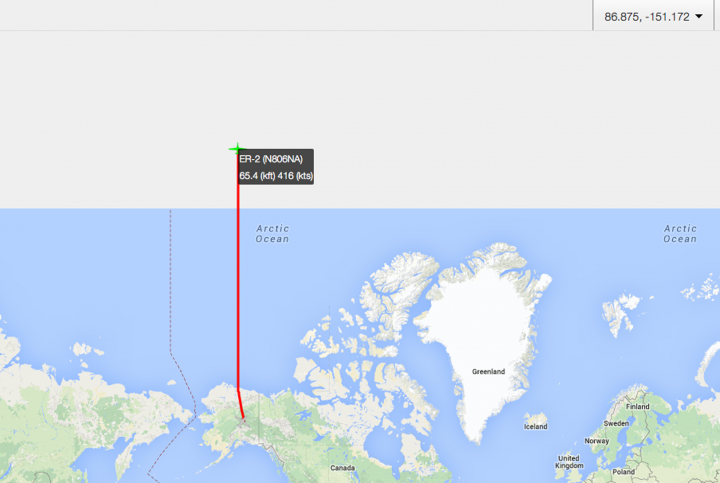 “Here be monsters” – or just map projection issues. Once the ER-2 got above about 89.5 degrees North, the pilot’s map didn’t cover it. Those of us tracking the plane from https://airbornescience.nasa.gov/tracker/ lost the map even earlier.

Williams flew due north along the 150 degrees west longitude line, carrying scientific instruments including MABEL, a laser altimeter that scientists are using to develop software for the upcoming ICESat-2 satellite mission. The goal for the pole-bound trip was to gather data over the spectrum of summer ice – from open water, to degrading ice, to thin ice, to multiyear ice, with some melt ponds on the way.

It was a smooth and cloudy trip up, Williams reported, and through breaks in the clouds he could see cracking ice below. 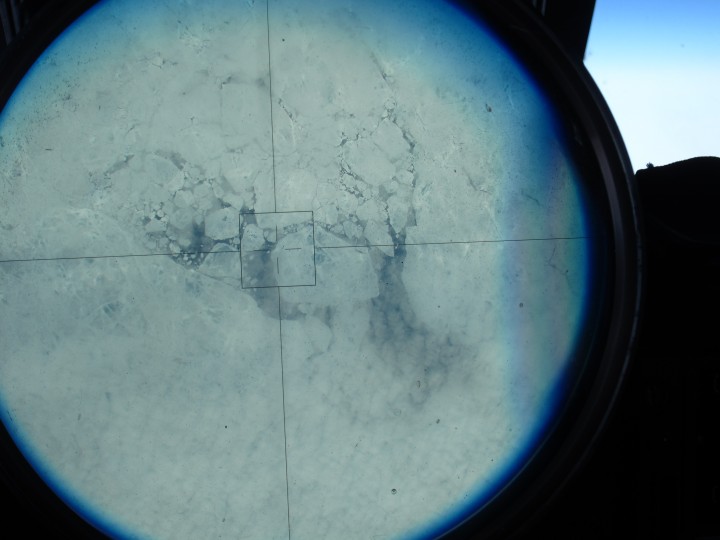 Sea ice, as seen through the ER-2’s viewsight, on the 150 degree latitude line north of Alaska. (Credit: Tim Williams/NASA)

“I expected it to be a lot more solid; it’s not,” he said. “It doesn’t look thick where I could see it.”

After about four hours in the air he reached the pole – 90 degrees latitude. His instincts were to look at the compass onboard, but it was “just a mess, it’s all over the place,” Williams said. At one point, his compass showed 180 degrees opposite from his navigation system.

On top of the world! Tim Williams piloted the ER-2 to the North Pole – it’s all south from here. (Credit: Tim Williams/NASA)

Still, he knew which way to go: “When you hit the pole, everything is to the south. So you just make a turn,” Williams said.

He rolled out, circling from the pole, until his navigation system gave him a heading. He found the 140 degree line, and flew back to Fairbanks – headed south. 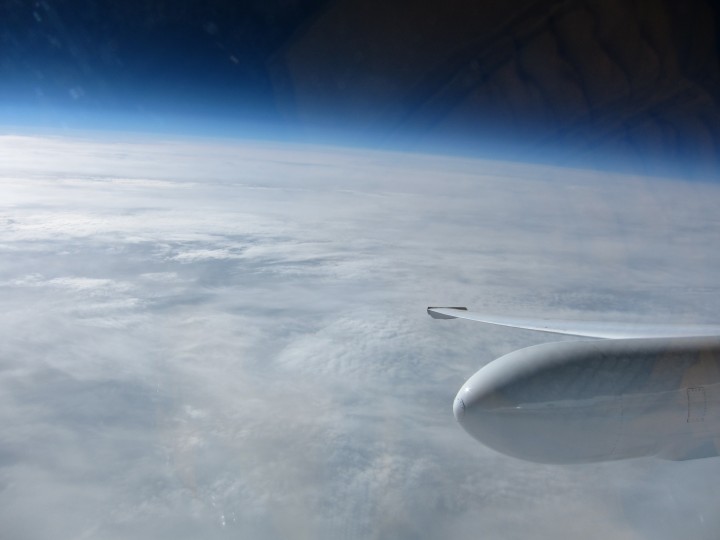 NASA pilot Tim Williams took this picture over the pole, as he was turning to head south . (Credit: Tim Williams/NASA) 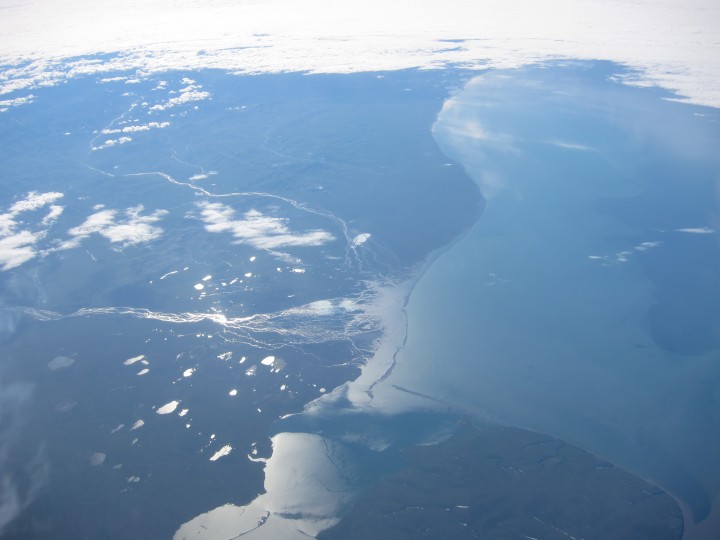 The view of Alaska from the cockpit, as the ER-2 returns to Fairbanks. (Credit: Tim Williams/NASA) 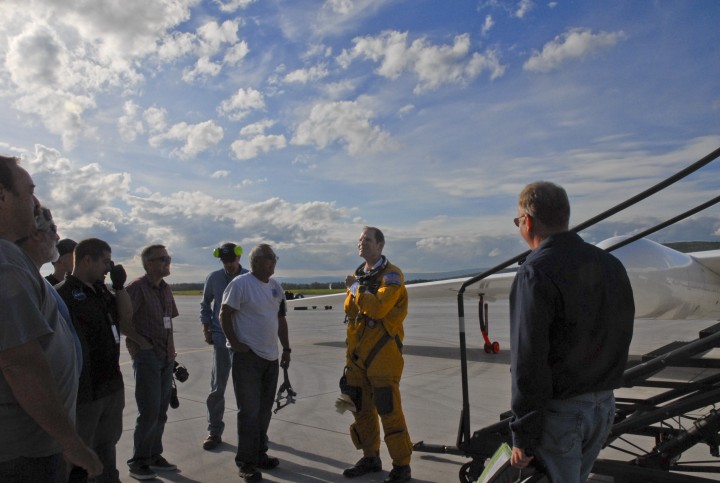 After flying to the North Pole and back, NASA pilot Tim Williams talks with the ER-2 crew about what happens to flight instruments when you reach 90 degrees north. (Credit: Kate Ramsayer/NASA)

This entry was posted on Friday, July 18th, 2014 at 4:11 pm and is filed under NASA in Alaska. You can follow any responses to this entry through the RSS 2.0 feed. Both comments and pings are currently closed.

2 Responses to “A View of the Top of the World”