MABEL readied to snap photos from above

Clouds blanketed much of MABEL’s potential flight routes over the Alaskan Arctic or southern glaciers on Monday, so the ER-2 aircraft stayed in the hangar at Fort Wainwright in Fairbanks, Alaska.

But the MABEL team was busy. They took advantage of a day on the ground by improving the instrument’s new camera. The goal is to take more images like the one below, to help scientists interpret the data from the airborne lidar instrument. 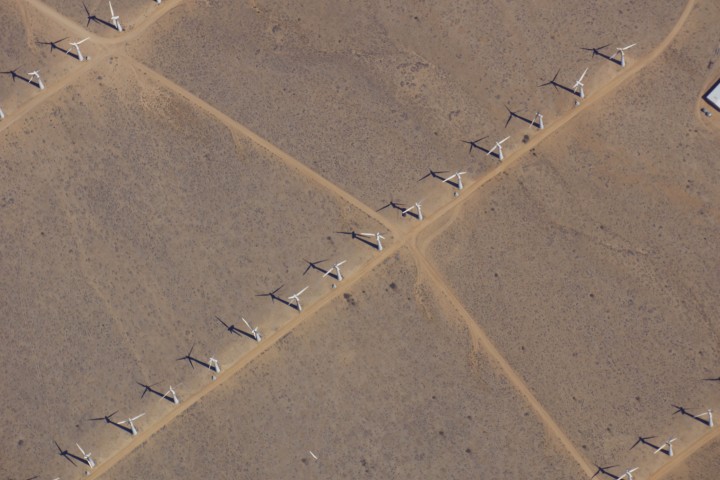 As the ER-2 aircraft traveled from Palmdale, California, to Fairbanks, Alaska, the camera on MABEL took this shot of wind turbines near Bakersfield, California. (Credit: NASA)

It’s the first week of the summer 2014 campaign for MABEL, or the Multiple Altimeter Beam Experimental Lidar, the ICESat-2 satellite’s airborne test instrument. MABEL measures the height of Earth below using lasers and photon-counting devices. This year, the team is using a new camera system to take snapshots of the land, ice and water in parallel with MABEL’s measurements.

The MABEL instrument is nestled snug in the nose cone of the high-altitude ER-2, which has a circular window in the base where the laser and the camera view the ground. To get access to MABEL and the camera, the crew propped up the nose and wheeled it away from the aircraft.

The ER-2 crew rolls the aircraft’s nose — containing MABEL — away from its body, so engineers could work on the instrument. (Credit: Kate Ramsayer/NASA)

The team then carefully slid the instrument out onto a cart, so that MABEL’s on-site engineer and programmer – Eugenia DeMarco and Dan Reed – could work on the camera and ensure the connections were sound. 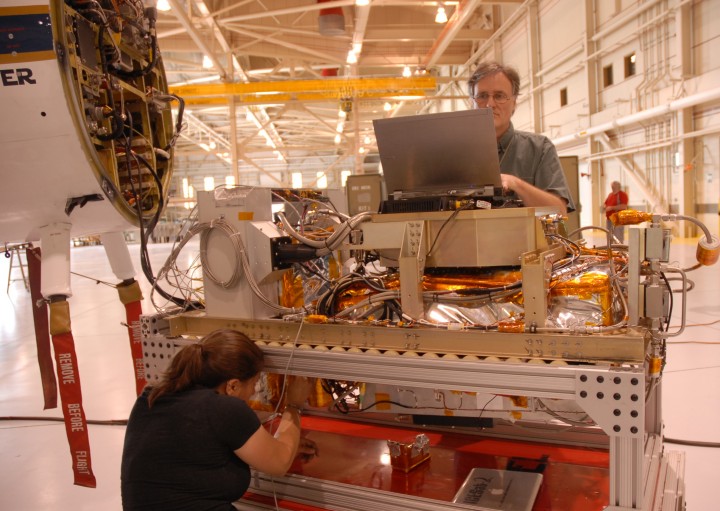 When the camera was set to document the terrain from 65,000 feet, the team slid MABEL back to its spot and wheeled the aircraft’s nose back to the rest of its body. They connected the instrument to the plane’s electronics, sealed the plane back up, and are ready to go whenever the weather cooperates. 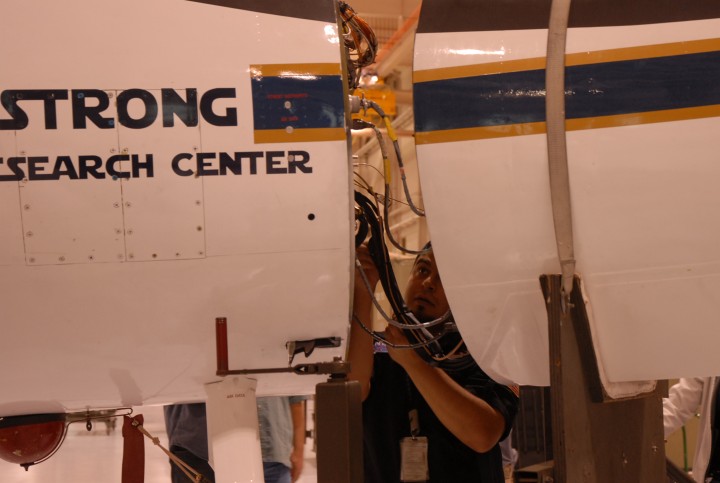 Luis Rios, with NASA’s ER-2 crew, checks the connections between the MABEL instrument and the aircraft. (Credit: Kate Ramsayer/NASA)

This entry was posted on Tuesday, July 15th, 2014 at 10:00 am and is filed under NASA in Alaska. You can follow any responses to this entry through the RSS 2.0 feed. Both comments and pings are currently closed.

2 Responses to “MABEL readied to snap photos from above”