As a Digital Mapping System (DMS) operator, I have a fairly consistent morning ritual to prepare for a day of flying over the ice. This consistency is necessary for both operational integrity and presence of mind while we are attempting to accomplish our mission. I am often apprehensive at the beginning of a daily mission because I know it is so easy to overlook a small detail that might have a large effect later. All the average person looking down into the P-3 bomb bay would really see is a pair of Canon DSLR cameras pointing down at the ground, unaware of the great care that goes into the preparation. 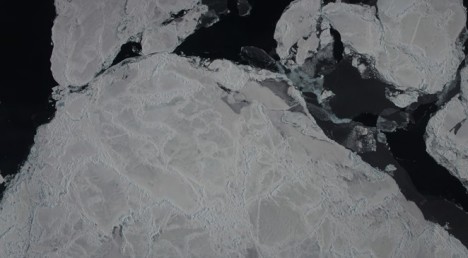 Once at the plane, I clean our optical window inside and out with pure ethanol so that there is no residue of dust or grease left behind (a task often made difficult by gusting winds, freezing temperatures and other unforeseen environmental effects). I then clean the cameras and lenses and take a few test frames on the ground to ensure that the cameras are working properly. After that, I set up our GPS receivers to make sure we can capture the position and orientation of the P-3 at many fractions of a second.

Next, I set the camera’s frame rate so we are sure to capture at least 60 to 70 percent overlap from one frame to the next. This changes due to how high or fast we are flying at any given time, I am constantly adjusting and fixing settings during flights, calculating frame rates by hand. Very little of the DMS system is automated for the simple fact that the human eye is often the best tool to determine the correct settings and factors that make for good data collection. I have to use whatever limited time I have at my disposal to get the best results I can, writing down by hand all changes made, as well as environmental conditions outside the plane that might adversely affect our imagery such as clouds, haze, fog or poor sun angle). 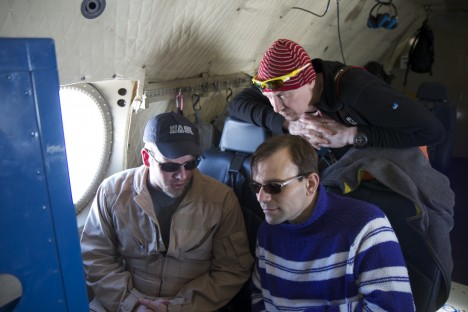 Because the instrument I operate is, in essence, a pair of very specialized digital cameras, I feel that it often gets overlooked by visitors to our little world within the tin belly of the NASA P-3. I don’t mind, really, as I completely understand the draw that one might have towards the exciting technologies involved in the laser system, the radar arrays, the gravimeter sitting shrouded in the mid-body of the plane, or the magnetometer poised in the P-3’s stinger. But what most people don’t understand is that other than the pilots, I have probably the best view of the world outside the plane while we fly. Through hundreds of thousands of digital photographs I document the world as it passes below us at 250 miles per hour and see it clearly and unobstructed.

Also, I get a view that none of the other instruments get, because as a human being, you can see our data and have and instant and intuitive understanding of what you are looking at, without any need for computers to help you interpret what you are seeing with graphs or charts. They say a picture is worth 1,000 words. What does 15,000 pictures over an 8 hour flight say?

As I watch glaciers, mountains, valleys, rivers and ice pass below us in crystal clarity, I am consistently awe-struck by the images that I see. Few people have ever gotten such a pure perspective. Some of the places we go have never been seen by human eyes, and I am both humbled and honored every time we fly by the task and mission we have set before ourselves. It is a fairly daunting mission, with radical scope, and I am proud to be a member of the team responsible for helping to make it happen. Like I said before, the casual observer may think of operating DMS as mundane, but I know for a fact that they don’t see what I see.

For more information about the Digital Mapping System, visit: www.nasa.gov/mission_pages/icebridge/instruments/dms.html

This entry was posted on Sunday, December 1st, 2013 at 3:11 pm and is filed under Operation IceBridge, Operation IceBridge: Antarctic 2013. You can follow any responses to this entry through the RSS 2.0 feed. Both comments and pings are currently closed.

2 Responses to “A Clear View: Operating the Digital Mapping System”