Last year, when working with the NASA GPM team in the planning stages for the Iowa Flood Studies project, more affectionately known as IFloodS, I worried — a lot.

2012 was a year of historic drought in Iowa. IFloodS is all about studying and measuring precipitation. What if drought continued into 2013? In short, what if it didn’t rain?

Turns out my fears were unfounded. The spring of 2013 has turned out to be wet. Very wet. In mid-April, Iowa City got 4.5 inches in a single day, while nearby North Liberty’s rainfall totaled a whopping 8.3 inches that has less than 1% chance of being exceeded in any given year. 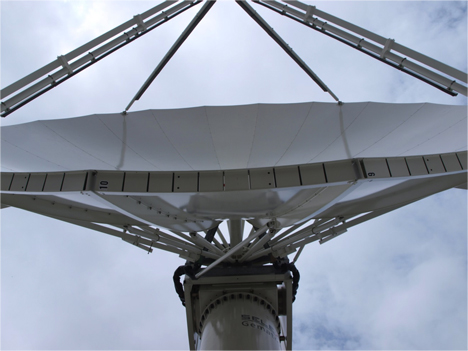 May, 2013. Despite a drought in 2012, the NASA NPOL radar near Waterloo has been able to capture information from multiple precipitation events in Iowa this spring. Credit: Witold Krajewski / Iowa Flood Center

OK, so I am no longer worrying that we’ll set up some of the most sophisticated instrumentation in the world for measuring precipitation, only to find ourselves measuring dust.

This last weekend I got the chance to drive around the state and see firsthand what heavy rainfall was doing to Iowa’s streams, rivers, and landscape. I drove north out of Iowa City to the NASA NPOL radar site near Waterloo. As I crossed many streams and rivers in the Cedar River basin, I observed water running high and fast. 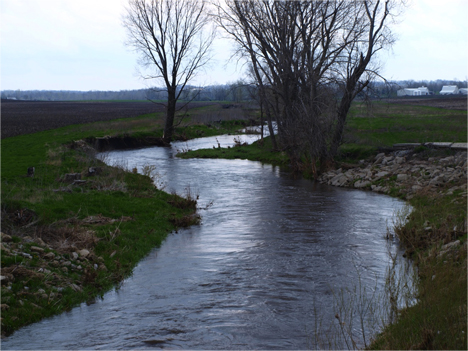 Later on, I drove south to pick up my wife from a horseback outing, and I saw more elevated stream levels and saturated farmland.  Many streams were overflowing the banks.  It reminds me that everything we do at the Iowa Flood Center cannot completely prevent floods and the damage they bring. We can better inform people about impending floods, and we can improve mitigation strategies to lessen the damage. These are all worthwhile activities that I believe in wholeheartedly. But it’s worth remembering, even as we are in the midst of this exciting project, that it’s not the state-of-the-art technology or the groundbreaking studies that matter the most — it’s the people we serve, the citizens of Iowa and citizens of the world, who are living with floods.

Witold Krajewski is the director of the Iowa Flood Center, based at the University of Iowa in Iowa City. He is a professor in the Department of Civil and Environmental Engineering and serves as the Rose & Joseph Summers Chair of Water Resources Engineering. His scientific interests concern measuring, modeling, and forecasting precipitation using radar and satellite remote sensing.

This entry was posted on Friday, May 10th, 2013 at 10:08 am and is filed under Iowa Flood Studies. You can follow any responses to this entry through the RSS 2.0 feed. Both comments and pings are currently closed.