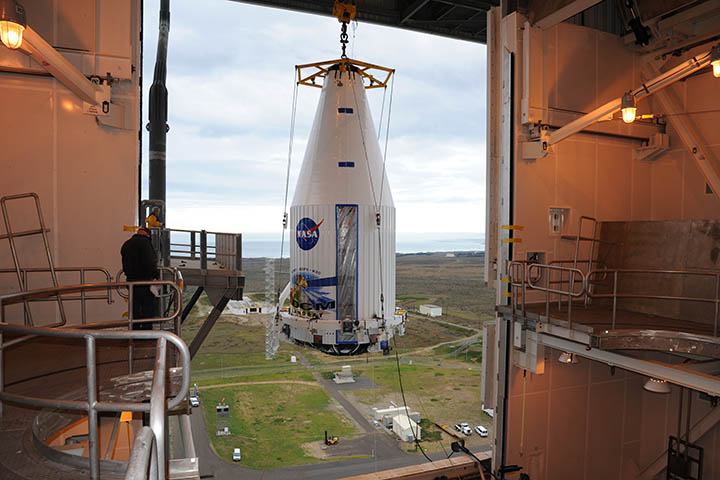 The payload fairing, with Landsat 8 inside, gets hoisted in preparation for stowing atop an Atlas 5 rocket. Photo credit: NASA/VAFB

Today is a big day. I just arrived in Los Angeles from DC this afternoon, and I’m heading to Vandenberg Air Force Base in Lompoc, California, to see an Atlas 5 rocket blast Landsat 8 into space. Officially, the satellite is called the Landsat Data Continuity Mission (LDCM) until it reaches orbit safely, but I’m going to call it Landsat 8 anyway in the spirit of keeping jargon to a minimum.

This is the second time I’ve been fortunate to have a front-row seat to the launch of one of NASA’s Earth-observing satellites. The mission that brought me to Vandenberg the first time was called Glory; it was a climate-centered mission, designed to measure aerosols and fluctuations in the amount of sunlight that reaches the top of Earth’s atmosphere.

I’m a science writer based at Goddard Space Flight Center, but I won’t sugar quote things here. That launch was a bust. When I first started at NASA about four years ago, I had been tasked with covering the Glory mission. When Glory’s launch date finally arrived on Feb. 23, 2011, I had been writing articles, websites, and fact sheets about the mission for nearly two years.

[youtube NpSUJwKBP4I]
On launch night, everything felt surreal.  A weekend of press conferences, meetings, and celebrations had left me exhausted, and the launch was scheduled for 2:09 a.m. I remember standing in a parking lot with a dozen or so other reporters and colleagues waiting for the final countdown, anticipating the moment I would finally see a streak of flame arcing across the sky like I’d seen in pictures and videos of other launches.

Didn’t happen. Within 15 minutes of liftoff, mission managers put a hold on Glory. An unexpected reading from mobile launch support van had spooked the engineers. It wasn’t until March 4, 2011, that they would be ready to try again. For me, that meant no launch. I had already booked a flight home, and it would have been too expensive to change it.

When March 4 arrived, I was home in DC, following the launch online. That time, the pre-launch engineering checks went smoothly. At 2:06 a.m., from the comfort of my bed, I watched Glory roar into the morning blackness on a low-res, grainy web feed. 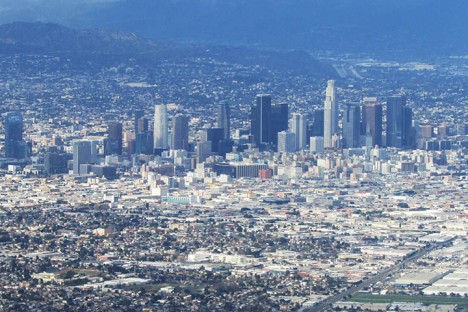 I arrived in California for the Landsat 8 launch on February 8, 2013. While New England was getting hammered by a blizzard, the skies over LA were calm. Photo credit: NASA/Voiland.

Even so, it was thrilling. I had been writing about the climate data Glory was poised to collect for years, but it was always as a hypothetical. When I finally saw Glory in the air, I knew I’d have *real* data to write about soon. That may not sound like much, but for me that was a huge deal. I was sick of writing about what might be.

The euphoria didn’t last long. The engineering chatter on the web stream suddenly became grave about two minutes into the launch.  Something was wrong. Seriously wrong. The protective shell—or fairing—atop the rocket hadn’t separated from the rest of the rocket properly. That meant it was too heavy to escape Earth’s gravity. Minutes later, the mission was over. The rocket crashed into the Pacific Ocean with Glory still on it. (See this article I wrote for Earth magazine for more about what the loss meant for climate science). 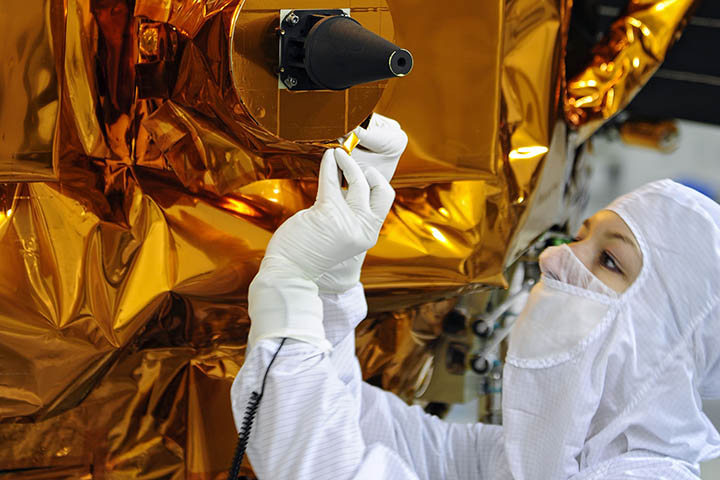 A technician works on the close-out inspection for Landsat 8 at Vandenberg Air Force Base. Credit: NASA

I’m quite confident that the Landsat 8 launch is going to go *much* better than Glory’s did. Glory was on a Taurus XL, a newer rocket that had some blemishes in its record going into launch. Landsat 8, in contrast, will be lofted into space by an Atlas 5, a launch vehicle with a near flawless record.

Still, I’m taking nothing for granted until Landsat 8 is safely in orbit and all of its instruments are on and collecting data.  As I learned from Glory, launches are risky business.

Stay tuned to this space for updates about the upcoming launch, which is scheduled for February 11 between 10:02 a.m. and 10:50 a.m. PST. I’ll be blogging regularly over the next few days from California and also tweeting via @NASA_EO and @avoiland. Hope to hear from you in the comments, and please keep your fingers crossed for Landsat 8 over the next few days. 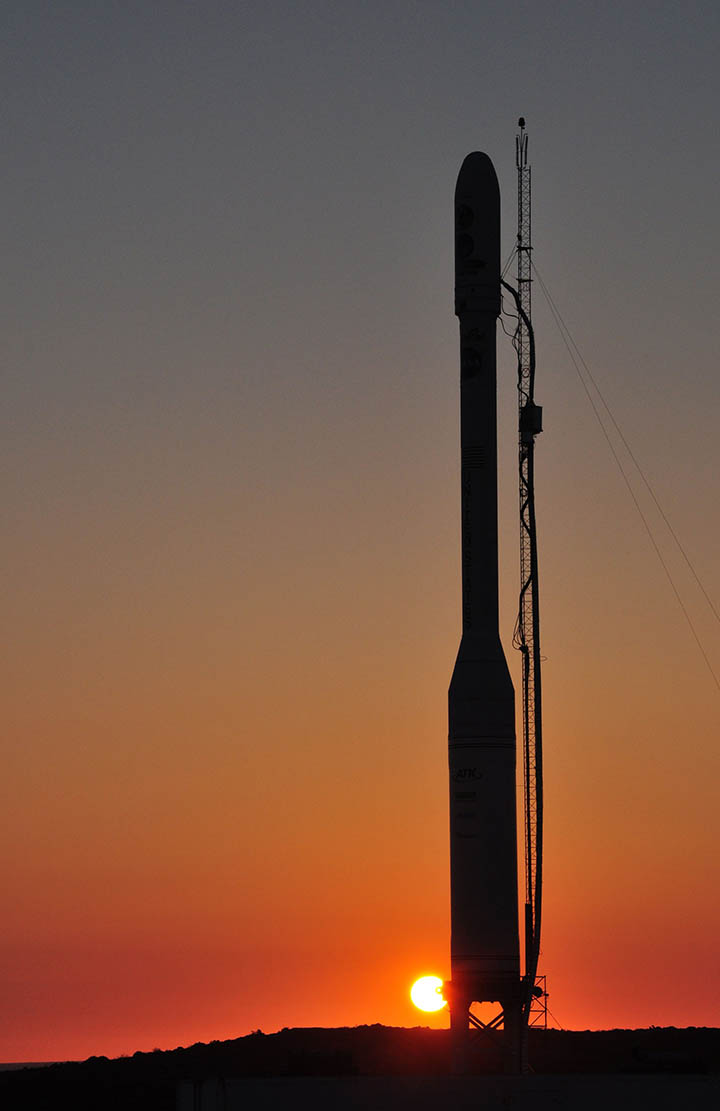 Glory on February 22, 2011, the night before its first launch attempt. Photo credit: NASA/VAFB

This entry was posted on Friday, February 8th, 2013 at 8:01 pm and is filed under Landsat 8 Launch 2013. You can follow any responses to this entry through the RSS 2.0 feed. Both comments and pings are currently closed.