I’m back in Maryland, and calling in as we drive from Wallops, Virginia to Goddard in Maryland. It’s been a very long day, but rewarding.  We’ve gathered a lot of data and learned more about our instruments, so we have to say this leg of the mission was exhausting – but successful.

We arrived this afternoon at Wallops after flying almost 8 hours today.  We started early in the morning, and were able to fly over Bartlett Forest in New Hampshire.  Then we returned to the Bangor area and took one more pass over the Howland site.  Finally we flew to Quebec and spent a few hours acquiring data over the boreal forest site. 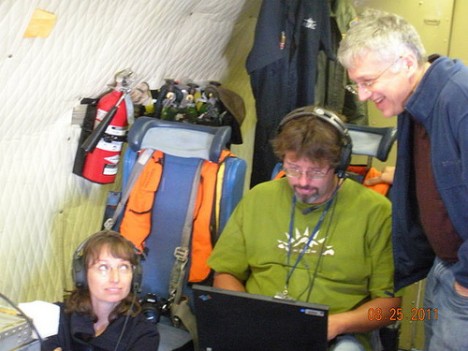 Today was really good for SIMPL.  We finally had permission to turn the lidar on over Quebec, and so they had a very successful flight there.  The flight was very good for lidar in New Hampshire, too.  The areas we wanted to fly were available, and the lidar was very happy with the low altitude restrictions.  So it was a great day for SIMPL – and that means it was a very good day for the Eco-3D mission, as well.

The radar, DBSAR, had challenges again today.  First of all, we did fly it over New Hampshire and the data we gathered there looked pretty good.  But we had to stay out of restricted airspace, which means that we had to fly below 9,000 feet.  The radar really prefers to fly high, but we couldn’t do that.  Now, we knew about this restriction and we’d planned to take low measurements with DBSAR here, so it’s no problem – it lets us learn more about how this particular instrument handles lower altitude.  It just would have been nice to be able to fly higher as well.

The other issue is that we started to see some problems again with the RAID, so that issue has not been entirely solved yet.  It appears that the computer stops saving the data for small intervals, and that really impacts the data collection.  We do get data, but it makes it very hard and we may miss some data.   Despite the RAID hiccups, we were able to gather radar data for New Hampshire and for Quebec, so this mission has been successful.

I want to add that part of the challenge with this field campaign is flying and understanding the aircraft.  Our radar system has been fully tested in the lab.  Before going to the campaign, we go through strict procedures to ensure that the instrument meets the engineering and science requirements.  This includes lots of lab testing and anechoic measurements.

When we fly on the P3 aircraft, we are not in the lab environment anymore and anything can happen.  We are currently dealing with vibration issues that seem to be affecting our computer data system.  We flew DBSAR in 2008 for flight tests and did not experience these problems.  This time around there are new things, like new aircraft racks, new mounts, new radar hardware and modes, etc.  These might be causing some problems.  We are working hard to identify and solve these issues.

For now, we plan to relocate the instrument rack to an area in the plane with less vibration. We are also thinking about beefing up the equipment mounts and RAID configuration.  We’ll be airborne soon again.

We returned to Wallops late this afternoon, around 5 p.m. today.  I wanted to get some pictures of the crew, so that we could recognize everyone that has worked so hard for us this time.  Unfortunately when I got out of the plane, everyone was already gone.  Everyone was in a hurry to get home after a long few days in the air.

The plan from here?  Well, there won’t be a lot of rest.  I am going to go to my office and trouble shoot the computer tomorrow, to get it ready for next week.  So I am bringing the computer and the processor home with me.

Our current plan is to fly  to fly to Florida next week and collect data over mangrove forests.  There are other sites we’d like to look at, such a forest in North Carolina.  But a lot depends on the weather, the availability of the airplane and the instrument health.  Right now, with Hurricane Katia in the Atlantic and a tropical storm brewing in the Gulf of Mexico, weather seems to be the biggest question of all.   I’m sure we’ll fly somewhere – either the southern route or locally in Maryland.  But at this point, I don’t think we can be sure exactly what will work the best. We’ll meet tomorrow to evaluate the variables, and make a decision from there.

I do know my immediate plan.  I have not gotten much sleep on this trip.  I’ve been up until one or two in the morning, then wake up somewhere around five in the morning in order to board the aircraft.  Then there is not a lot of down time on the flight – we are really hustling most of each day.  I’m pretty tired, so when I get home I am planning on getting some good sleep.

Before I turn in for the evening, though, I want to mention all of this work is possible due to the great work of many people.  In particular, for DBSAR – the instrument I work with – I want to recognize the efforts of  Marin Perrine, Susan Vallet, Quenton Bonds, Brantley Ripley, John Bichell and the Wallops aircraft office, who have gone way beyond their duties to make this campaign possible.

It’s Jon Ranson back here, for a moment.  I’ve been at Goddard this week, supporting the mission from the office.  I have a thought that I wanted to share here, for our readers. 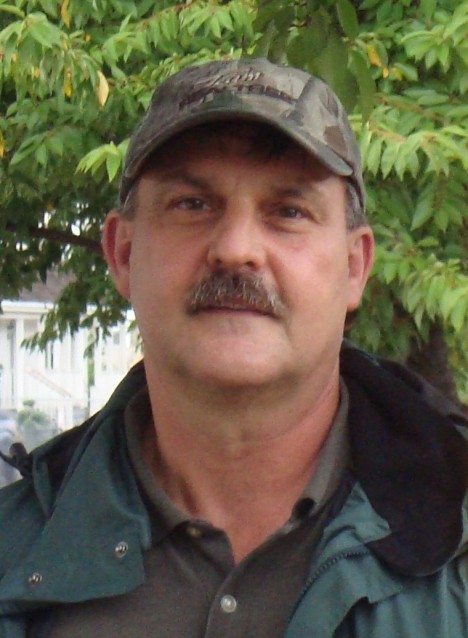 To someone who isn’t familiar with how these science missions work, it might look like we’re not doing very well here, with all the trouble with weather and with the instrument issues.  But from where I stand, this mission looks quite successful.  We are meeting challenges – some unexpected, like the weather. And some not unexpected – like issues cropping up with the instruments.  We are learning a tremendous amount about the very new DBSAR instrument and we are collecting really good and valuable science data, too.  I call this a success.

The DBSAR was first flown in 2008 and then it only had one polarization at that time.  Those flights told us that the instrument worked well and held promise for three dimensional forest measurements.  Since then, the instrument has been improved and we are trying new things with it.  Since 2008, Rafael and his very talented team have added to the channels from which we can acquire data.  Now it is what we call “fully polarimetric”.   There are four polarizations, or channels now, rather than one, for data collection.  So it is acquiring a lot more data now.

The DBSAR has not been tested in this mode in the air before, so this flight campaign is as much about finding out the limits and performance capabilities of this very new radar design as it is gathering data.   It is no surprise to me that our testing has pushed DBSAR hard, and challenged its capabilities.  That frustrates us, when problems crop up, because we’d love for our instruments – even experimental ones – to work perfectly first time out.  But it’s not at all unexpected and not a failure of our instrument or design.  Pushing the DBSAR to its capabilities lets us know where we need improvement, and allows us to make it more robust.  It is working well – but it is also showing us where it needs improvement.  This is a very good, and successful, test of a new instrument.

Despite all the challenges, we are getting extremely good data from all instruments, including the DBSAR.  I think we are all pleased with our results.

This entry was posted on Thursday, September 1st, 2011 at 10:25 pm and is filed under Eco3D: Exploring the Third Dimension of Forest Carbon. You can follow any responses to this entry through the RSS 2.0 feed. Both comments and pings are currently closed.

One Response to “Data Acquired and Lessons Learned”