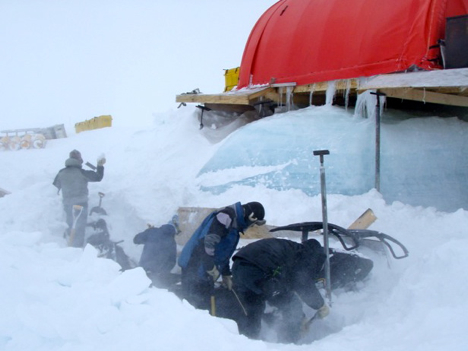 With a 50-50 chance of good weather, Matt and I headed out to Swiss Camp on Wednesday, May 4. We were lucky to get a break in the clouds and the wind that allowed the plane to land and drop us off safely with Koni and company. The weather continued to deteriorate over the rest of the day as the winds picked up and the snow started to blow.

Everyone was hard at work when we arrived, cleaning up the debris from an impressively strong storm that moved through the area in February. According to preliminary data from the weather station at Swiss Camp, the wind speed exceeded 70 mph for nine straight hours. As you might imagine, this sort of wind was hard on weather stations, Swiss Camp, and anything sticking up out of the snow.

At Swiss Camp, part of the platform next to the kitchen tent had collapsed, causing 4 snowmobiles, 3 barrels of fuel, and about 10 propane tanks to drop down into the snow where the storm quickly buried them. By the time we arrived this week, everything that had had fallen was buried by at least 6 feet of snow and ice. We joined the shoveling brigade through the blowing snow on Wednesday, and succeeded in freeing one of the snowmobiles and most of the fuel. 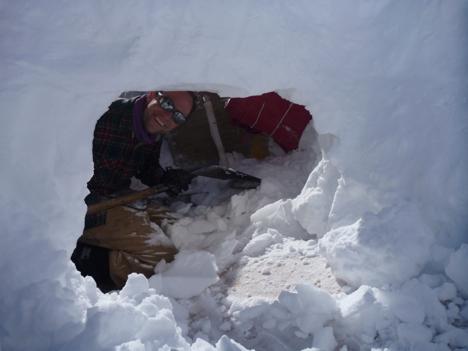 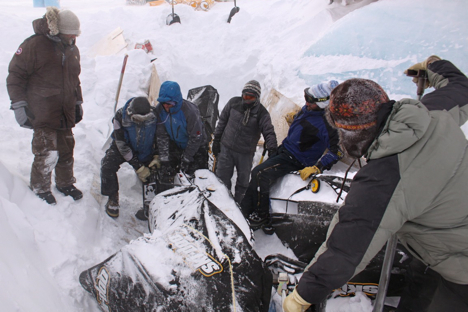 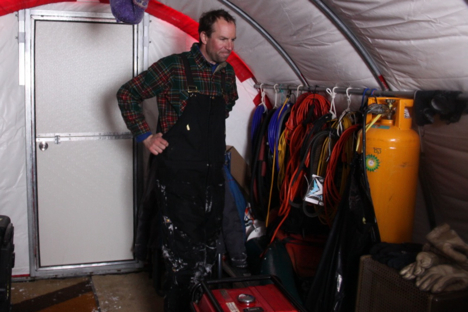 The wind died down by Thursday, and we freed the remaining snowmobiles by the end of the day.  Everyone was pretty worn out, as you might imagine.  The amazing part of it all was that Koni had all of the snowmobiles functional by the end of the day. We were left with an impressively large hole in the snow next to Swiss Camp, a lot of tired arms and wet clothes, and ready to start the work we came to do. 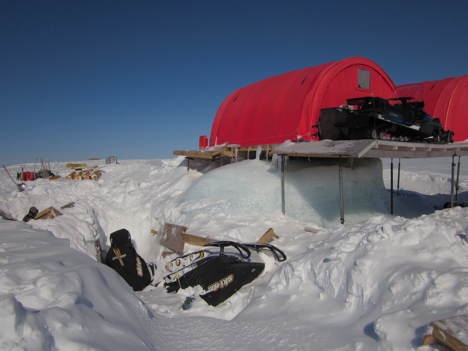 This entry was posted on Monday, May 16th, 2011 at 10:16 am and is filed under Real-time Observations of Greenland's Under-ice Environment (ROGUE). You can follow any responses to this entry through the RSS 2.0 feed. Both comments and pings are currently closed.