An international team of scientists, led by Dr. Jon Ranson, Head of the Biospheric Sciences Branch at NASA’s Goddard Space Flight Center and Dr. Slava Kharuk of the Sukachev Forest Institute are heading to Siberia this August to study the regions forests. They will work in austere conditions to collect data related to the Earth’s carbon budget, and to document the effects of climate change in the region. 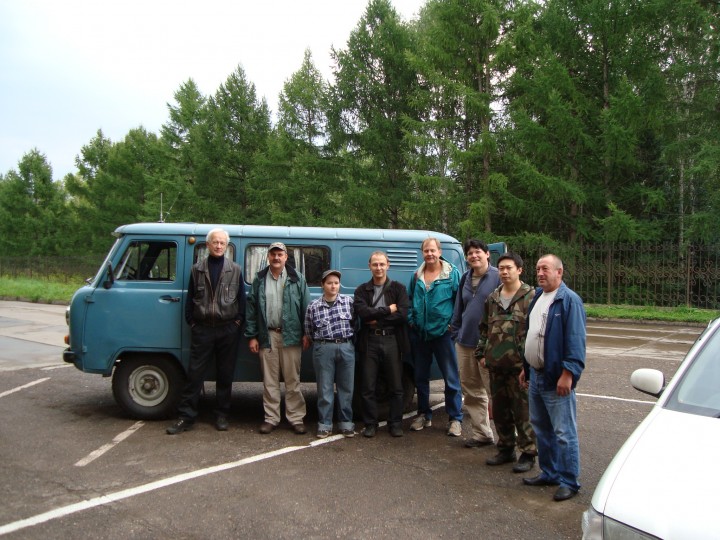 When scientists contemplate Siberia, they consider it a vast land of many paradoxes.  With an area of 13.1 m2 (5.1 million mi2), it comprises 10% of Earth’s entire land surface and 77% of Russia’s territory, yet only houses 25% of Russian’s population.  The thick, lush forests are one of the most extensive natural forests left in the world, yet the sparsely-treed western plains are described as the world’s largest unbroken lowlands.  The winters can be fiercely frigid – a low of 71.2°C (-96.2°F) was measured in Oymyakon – and the summers average a cool 19°C (66°F).  Yet it is in this cold land where scientists have measured the greatest climate warming on Earth. In northern Siberia, average temperatures have risen 1 to 3°C (3 to 5°F) over the past 30 years, whereas the worldwide average increase in that time is 0.6°C (1°F).

As temperature rises, what is happening to the forests of Siberia?  In a warming climate, will the trees of the forest ecosystem (called taiga) begin to grow faster and to gradually extend their reach farther north?  Will hotter, drier conditions stress the trees, thereby inhibiting growth and leaving the forest prone to invasive species and damage by insects, such as the Siberian silkmoth?  Will dryer trees increase the risk of wildfire, as new evidence suggests?

Beginning August 12, 2010, Drs. Ranson and Kharuk will lead a team of seven remote sensing and forest ecosystem scientists on a two week expedition along the Chylum and Ket Rivers, in western Siberia, to search for answers.  They will drive along remote roads from one wilderness camp to another, where they will set up their tents and then head to the forests.  Using standard forestry tools – measuring tapes and hypsometers – they will make ground-truth measurements of individual trees to validate data collected by NASA satellites flying 700 kilometers overhead.  They will also inventory tree species, notate soil type, collect data for fire-return studies and explore areas previously infested with pine beetle.  The collected data will be analyzed to help understand the role of the region in the carbon-budget balance of the Earth and to help design new, more accurate instruments for measuring the Earth from space.

The two scientists have been collaborating since 1991, when Dr. Ranson first visited Siberia as a guest of the Sukachev Forest Institute.  Since then, the pair have witnessed a lot of changes.  Trees are growing at higher elevations than before.  In some forests, trees are tipping over as tree roots, formerly held fast by frozen soil, slip as permafrost melts.  Some trees have made a startling change in growth pattern, changing from a low-growing prostrate form to an upright, aerial form.  The most dramatic change of all, however, may be that effects of a changing Siberian climate are starting to be experienced and discussed in highly public ways. 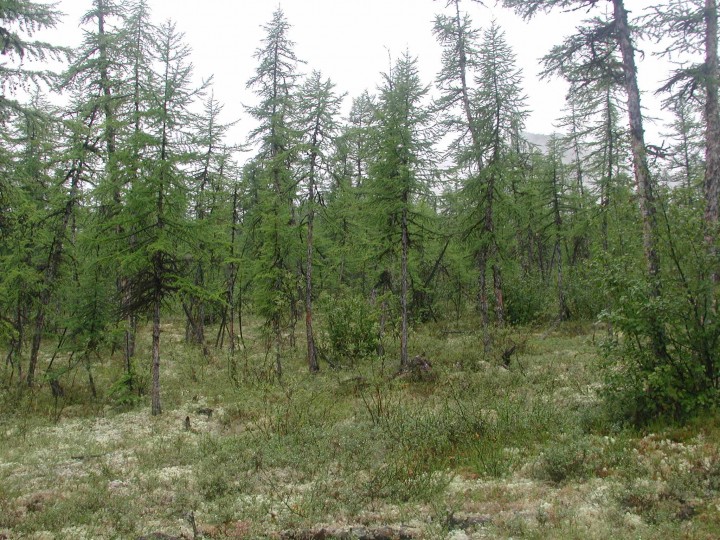 The extraordinary Russian summer of 2010, which brought weeks of record high temperatures, drought and devastating fires, resulted in hundreds of deaths from fire, heat and smoke, thousands left homeless, tens of thousands of hectares burned, and a loss of up to 30% of the year’s wheat crop. Climate change is not the sole cause for the catastrophic events – an El Nino pattern combined with a blocking event that drew hot African air into the region are immediate causes. But the correlation between a warming climate and the current extreme and devastating weather is hard to overlook.

“Everyone is talking about climate change now,” said Russian President Dmitri Medvedev in a statement released in English on the Kremlin’s website in early August.  “Unfortunately, what is happening now in our central regions is evidence of this global climate change, because we have never in our history faced such weather conditions in the past.”

While politicians speak from their offices, seven scientists will be out in the field, in austere condition, fighting the elements and working – hard – to gather data to help broaden the world’s understanding of the changes occurring within Siberia.  At the end of each day, Dr. Ranson will call in by satellite phone to share his experiences and observations with readers, and we will put his experience onto the blog site as quickly as possible.  Since Siberian time is 12 hours ahead of Eastern Standard time, the blog entries may appear to be put up a day late – but they are, in fact, immediate news from the field.

Dr. Ranson, Dr. Kharuk, and all the team invite everyone to come along, join the team, and experience a Siberian scientific expedition.

This entry was posted on Tuesday, August 10th, 2010 at 1:28 pm and is filed under The Western Siberia Expedition 2010. You can follow any responses to this entry through the RSS 2.0 feed. Both comments and pings are currently closed.