In thinking back over the past two weeks here in Galapagos and going over the nearly 1,300 photographs that I have taken, I wanted to select a few that while perhaps not the best pictures in an artistic sense, are the best at capturing the things that have touched me the most and that will linger long after my time here has past. So I’ll take this opportunity to share with you just a few of my favorite things about this truly magical place.

The People
This little girl who I met on the ferry on the day that I arrived in Galapagos typifies the spirit of the people of Galapagos. There is a palpable joy of recognizing that they are living in such a special place that I felt from everyone that I met and a realization of just how fragile a place it is. She represents the future of Galapagos but one which has a firm appreciation of its past and its special place in the world. 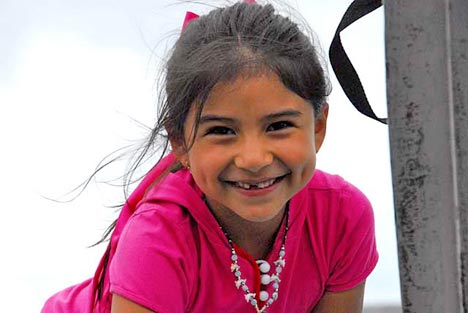 The Giant Tortoise
The icon of Galapagos, these amazing creatures somehow manage to live in today’s world while their every movement very presence evokes something timeless. More than any other creature, they represent all the senseless damage that humankind seems to be able to inflict on this world yet, they still exist, in some ways thanks to the very same species that created the problem in the first place.

The Blue-Footed Boobies
Looking as if they had just stepped out of a bucket of bright blue paint, these birds provided me with countless hours of enjoyment by their antics on land and their incredibly graceful and purposeful actions in the air. Watching them fly a hundred or so feet above the surface of the ocean gazing intently below the waves for something that catches their interest and then when it does, tucking back their wings and diving like a missile straight into the water, most likely catching whatever it was that they were after. They then take a few steps across the waves and are airborne, ready to repeat the performance once again. 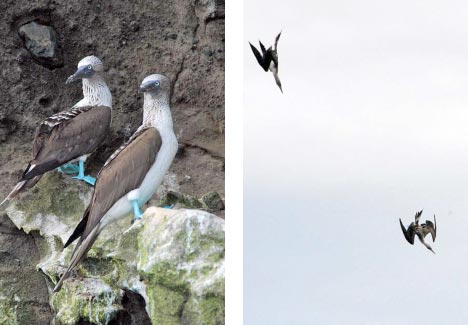 The Marine Iguana
Without a doubt, these guys are my favorites. Not only do they look as if they had just stepped out of central casting for a movie about prehistoric dinosaurs, but they have a regularity about their day and a social nature that for some reason I never expected to see in reptiles that really struck me. They wake up, bask in the sun for a while to get themselves ready for the day, head out in parade like fashion into the icy cold sea to graze on the undersea beds of algae and then when they’ve had their fill, repeat the process in reverse. I’ve seen the black volcanic rocks in Isabela literally covered with these little beasts and could not tell where the rocks ended and the iguanas began – so perfectly were they matched to their environment.

The Land
I have never seen a place that evokes the very creation of the earth more than the lava fields of Isabela and Fernandina. One can actually feel the stirrings of new land trying to emerge into the light of day, born of fire, but quenched by the cooling waters of the sea.

But just as remarkable is the tenacity of living things such that very soon after the land has cooled, the first plants start to push their way into the cracks in the lava to grab a foothold and create an environment in which other living things may thrive. 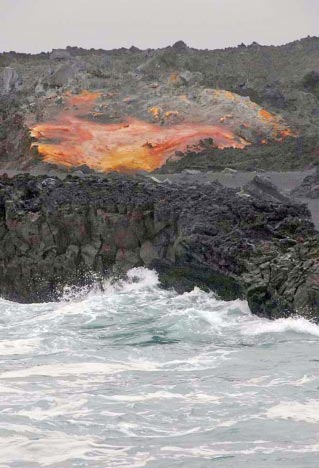 The Sea
I have forever been drawn to the sea and the waters around Galapagos are just magical and behave in ways unlike any others and are home to creatures that I never dreamt that I would actually see.

“The natural history of this archipelago is very remarkable: it seems to be a little world within itself; the greater number of its inhabitants, both vegetable and animal, being found nowhere else.”

Written by Charles Darwin as he wrote in:

NARRATIVE OF THE SURVEYING VOYAGES OF HIS MAJESTY’S SHIPS ADVENTURE AND BEAGLE, BETWEEN THE YEARS 1826 AND 1836, DESCRIBING THEIR EXAMINATION OF THE SOUTHERN SHORES OF SOUTH AMERICA, AND THE BEAGLE’S CIRCUMNAVIGATION OF THE GLOBE.

This entry was posted on Sunday, August 9th, 2009 at 12:00 pm and is filed under Journey to Galapagos. You can follow any responses to this entry through the RSS 2.0 feed. Both comments and pings are currently closed.