An astronaut took this photograph of dust obscuring the Taklamakan Desert, with the Tien Shan mountains in the distance, on September 5, 2010. 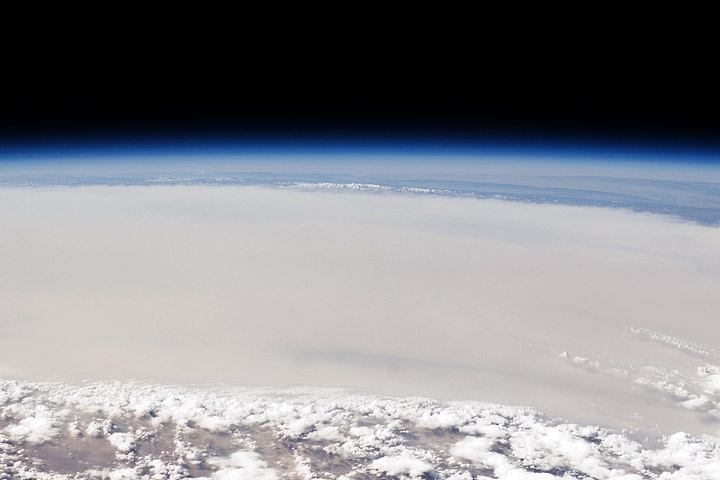 While poking around the Gateway to Astronaut Photography of Earth (tens of thousands of photos of Earth from space, dating back to the Mercury program) I found this photo of the Milky Way rising (setting?) above the Earth’s limb: 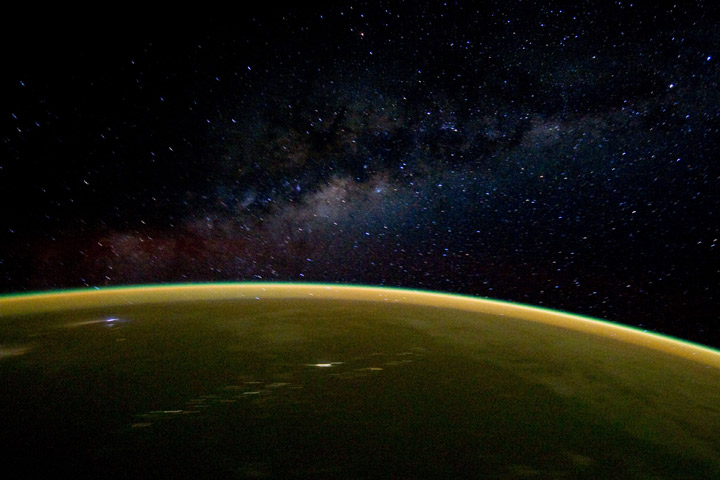 Taken from the Space Shuttle Discovery on April 18, 2010. 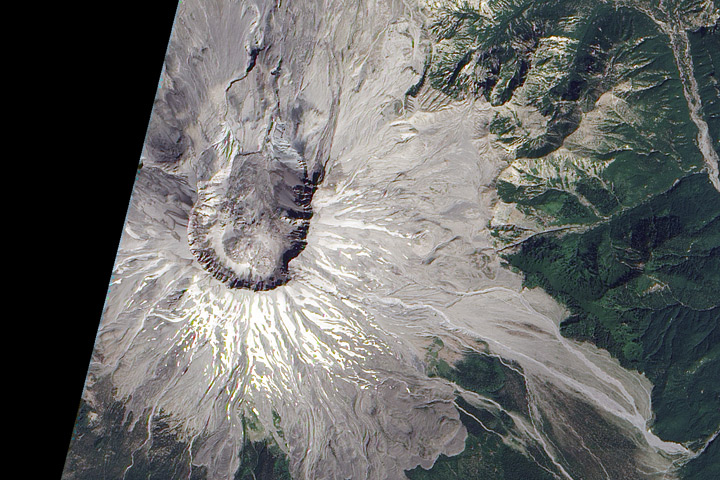 Click for the large version, and be sure to check out Devastation and Recovery at Mt. St. Helens to see the volcano and its surroundings every year from 1979 to 2009, including the immediate aftermath of the 1980 eruption. 2010 coming soon. (Image acquired by the Advanced Land Imager on board Earth Observing-1 on August 23, 2010.)

We sort through a lot of imagery at the Earth Observatory, and not all of it makes it onto the site. A picture might be cloudy, we might not be able to tell a good story about it, it’s not quite relevant, the quality might not be good enough, or—as in this case—we might find something after it’s no longer newsworthy. These three satellite images show oil slicks on the Gulf of Mexico after the Deepwater Horizon drilling rig explosion. All are from Landsat-5 in May and July. I found them earlier this month while looking for image ideas. (Click for large images.) 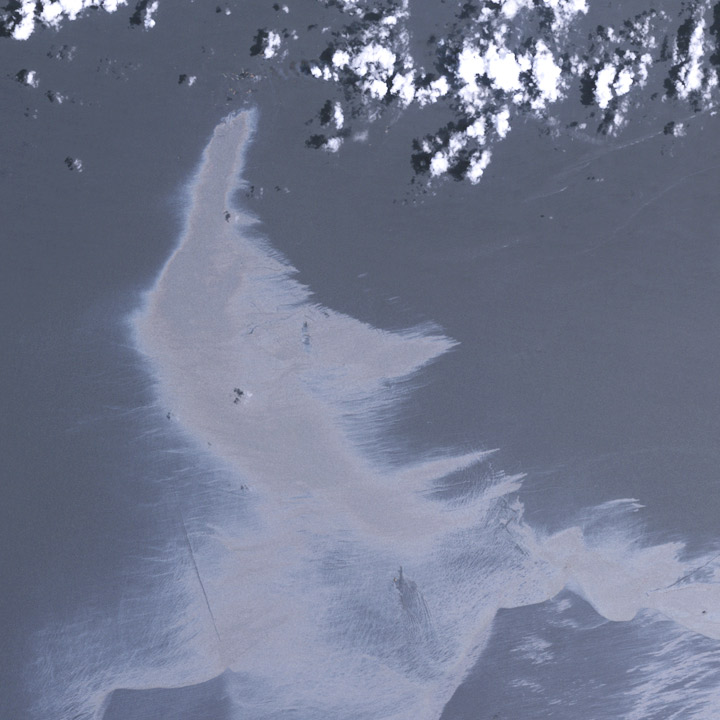