In January 2018, Peru’s protected area grew by more than 2 million acres with the creation of Yaguas National Park. The forest is largely intact, unbroken by roads and human activity. Only the Yaguas River cuts through the continuous canopy, visible in this image acquired by Landsat 8 in August 2017.

Scientists from the Field Museum got an even closer look at the forest when they flew over it before it was designated a national park. “When you see it from the air, it appears to stretch to the horizon,” said Corine Vriesendorp, a conservation ecologist at the Field, in a story about the new park. The following photographs by Álvaro del Campo offer this aerial perspective.

The first photo shows an area of intact forest inside Yaguas National Park. Expanses like this one are important for the diversity of the region’s plants and animals. 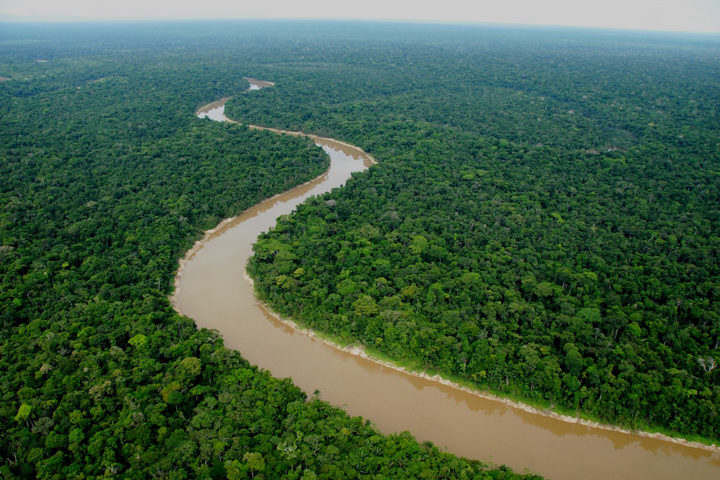 The park preserves more than forest; it protects an entire watershed. A segment of the Yaguas River is visible in the the second photograph. According to an inventory conducted by the Field Museum in 2010, the diversity of fish in this river could be the highest in Peru. Over the span of three weeks, experts counted 337 species of fish. 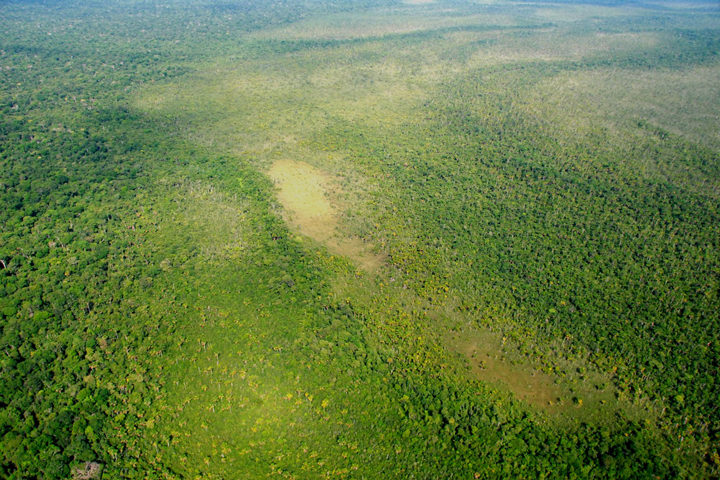 In the satellite image at the top of this page, notice the yellow areas on either side of the river that appear to be bare. These are actually peatlands: grounds rich with a soil-like mixture of partly decayed plant material that can build up in the abandoned river meanders. The photograph above provides an aerial view of peatlands.

“Ten years ago, we were just beginning to realize that there were important peat deposits in the Peruvian Amazon,” Vriesendorp said in a March 2018 Image of the Day. “Although there has been no comprehensive mapping of the Putumayo’s peatlands to date, it is likely that the below-ground carbon stock is immense.”

This entry was posted on Tuesday, May 8th, 2018 at 11:26 am and is filed under Ground to Space. You can follow any responses to this entry through the RSS 2.0 feed. Both comments and pings are currently closed.