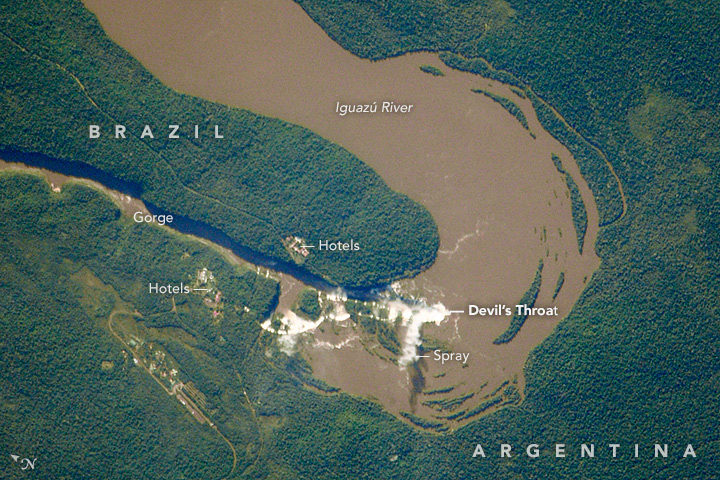 In 2016, we published space-based imagery of Iguazú Falls—South America’s famous system of waterfalls, which is near a bend in the Iguazú River between Argentina and Brazil. Spray from the falls reaches so high that it is visible from space. A crew member aboard the International Space Station captured the photograph above on May 24, 2016.

The view from the ground is also quite compelling, attracting more than a million visitors per year. The images below show ground-based views of the falls, photographed photographed by NASA’s Alexey Chibisov from the Argentine side of the river on November 28, 2017. Chibisov took the photos while on vacation after weeks in the field with the Operation IceBridge mission. 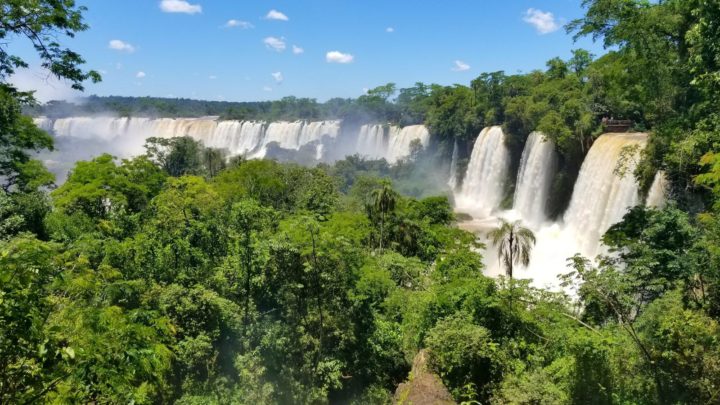 Lush, subtropical rainforest surrounds the falls. The vegetation here is part of a remaining fragment of the Atlantic Forest, which stretches from the east coast of South America inland toward the Amazon. The forest is habitat for tens of thousands of plant species and thousands of animal species.

Sediment carried by the fast-moving river can impart a red-brown color to the water, especially after periods of heavy rain. 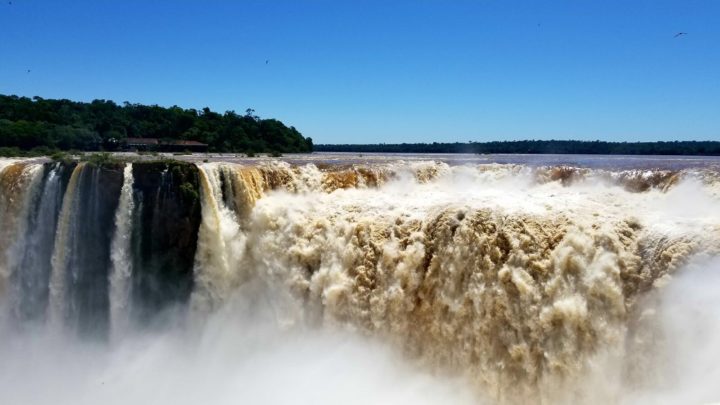 The mist is the result of water that plunges as much as 260 feet (80 meters) over layers of basalt cliffs.

This entry was posted on Wednesday, November 29th, 2017 at 4:40 pm and is filed under Ground to Space. You can follow any responses to this entry through the RSS 2.0 feed. Both comments and pings are currently closed.