In May 2017, NASA’s Operation IceBridge concluded its annual survey of Arctic ice. After 10 weeks, 39 research flights, and hundreds of terabytes of data collected, scientists have more information than ever to help them understand changes to the region’s sea- and land ice.

Notable this year were measurements of a crack growing across the ice shelf of Petermann Glacier. Also, the mission flew for the first time over the Eurasian half of the Arctic Basin.

The research flight on April 3 explored glaciers in Greenland, before transiting to Longyearbyen, Norway, which would become the base of operations for the week. These images, snapped by NASA’s Jeremy Harbeck, show some of the highlights from that flight, featuring plenty of interesting glaciers, landforms, and even some wildlife. 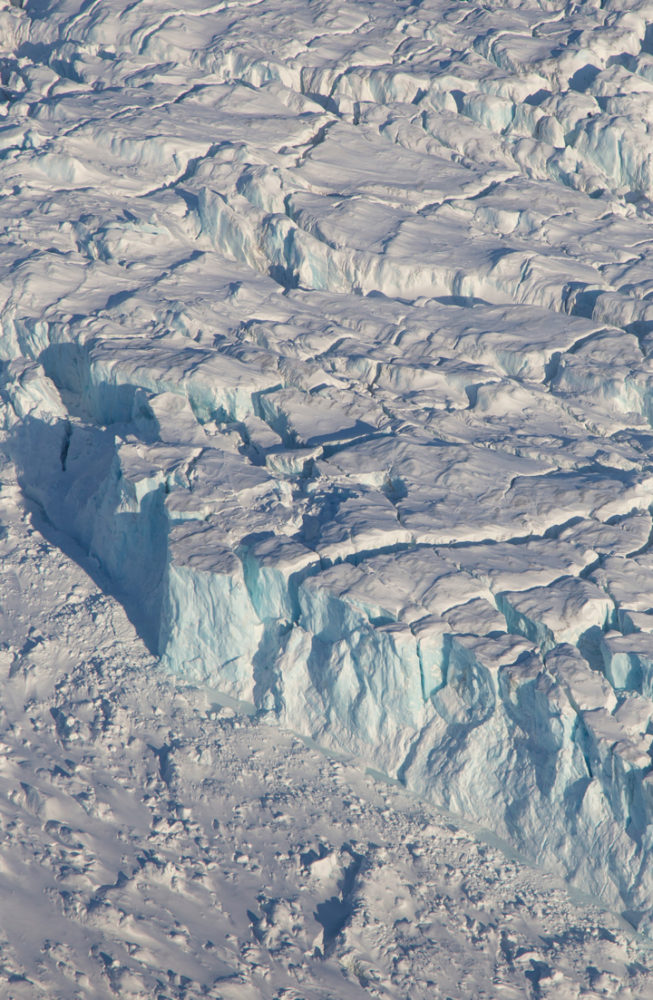 An iceberg near the calving front of Zachariah Glacier. Photo by Jeremy Harbeck. 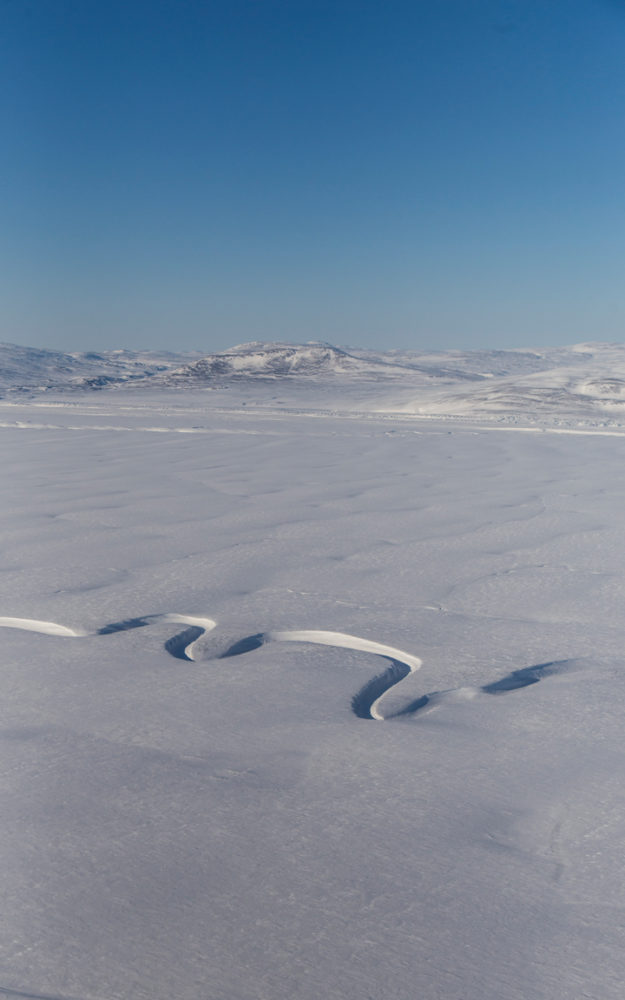 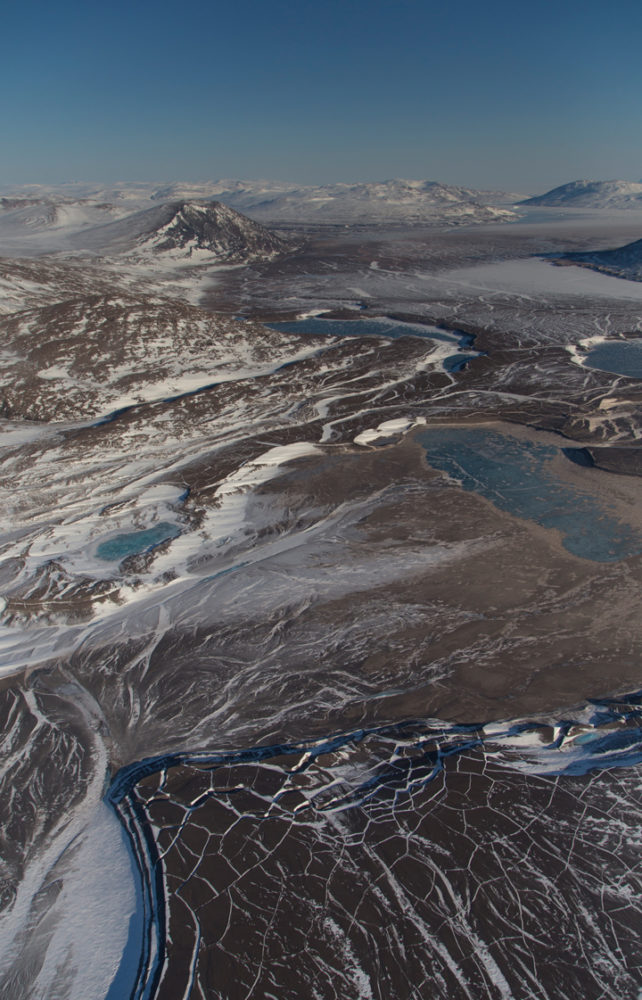 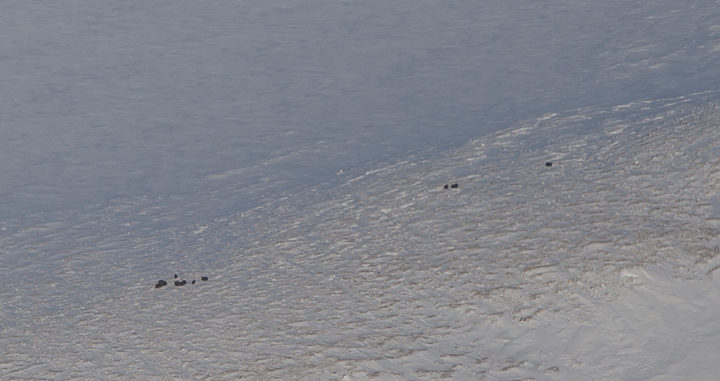 Musk ox from the P-3, between Zachariae and 79 N glaciers. Photo by Jeremy Harbeck.

On April 6, researchers flew from Svalbard and surveyed sea ice atop the eastern Arctic Ocean. Below are a few of Harbeck’s favorite photographs from that flight, highlighting the variability of sea ice. 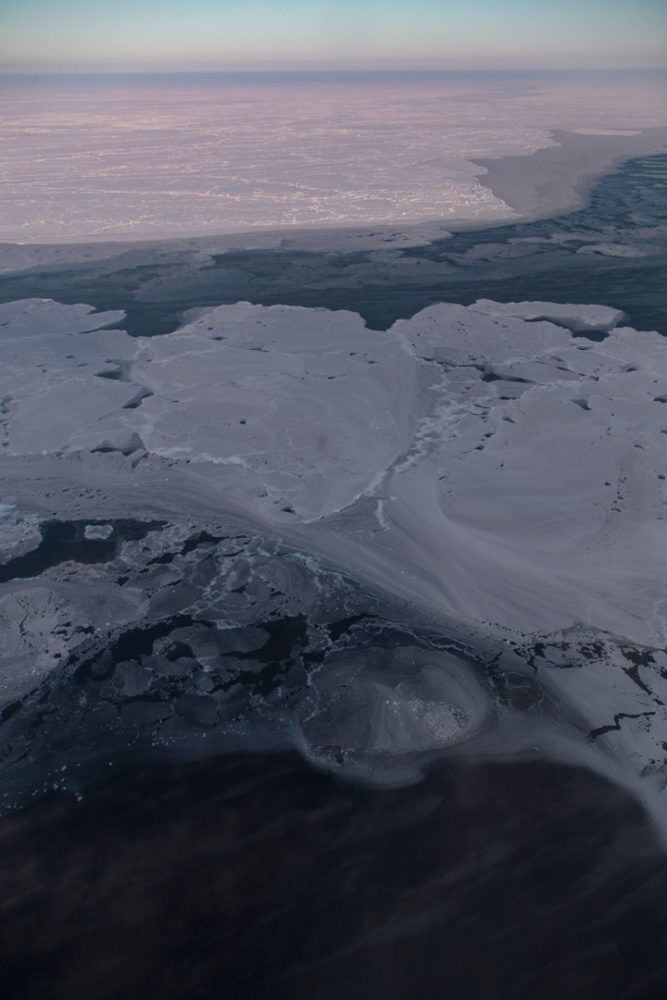 The low sun angle highlights the moisture going into the atmosphere from this lead. Photo by Jeremy Harbeck. 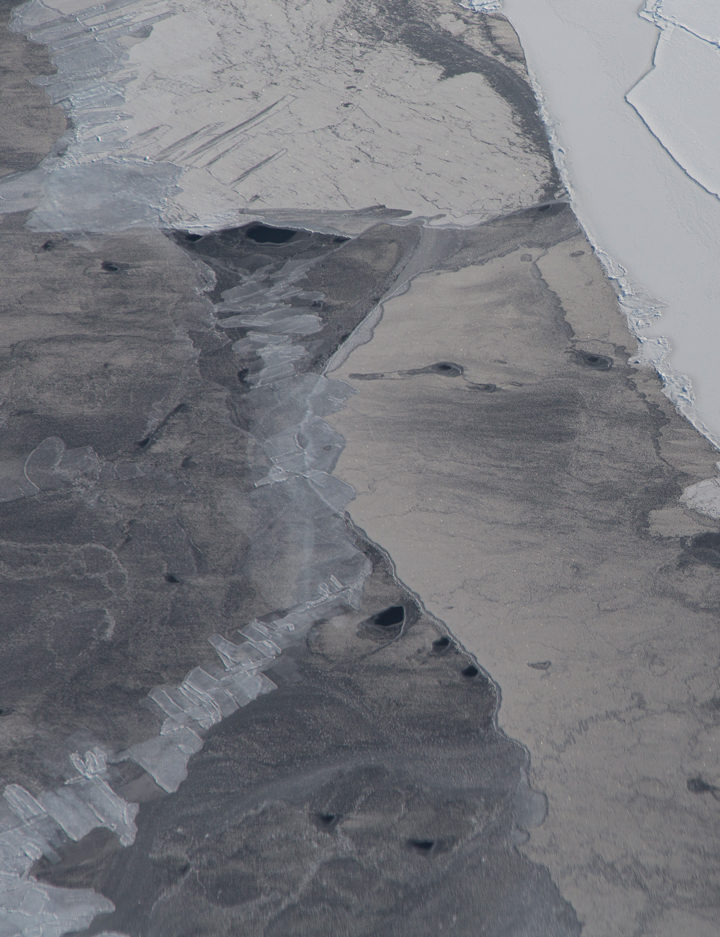 Some finger-rafted nilas along with some thicker snow-covered ice. Photo by Jeremy Harbeck. 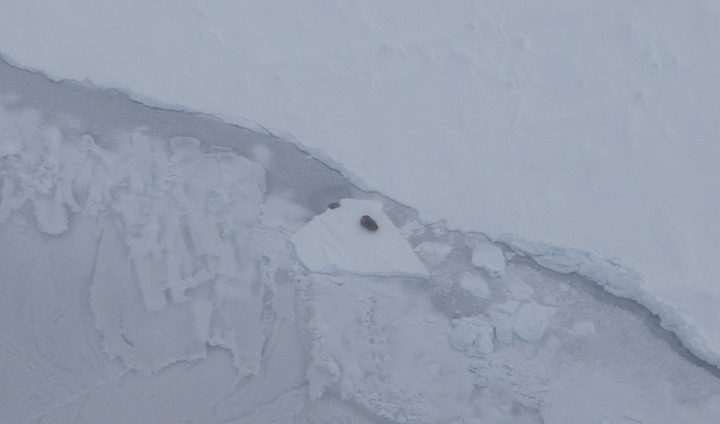 A seal on the sea ice, just northeast of Svalbard. Photo by Jeremy Harbeck.

This entry was posted on Monday, May 29th, 2017 at 2:00 pm and is filed under Ice. You can follow any responses to this entry through the RSS 2.0 feed. Both comments and pings are currently closed.

6 Responses to “Icy Landscapes Near Svalbard”