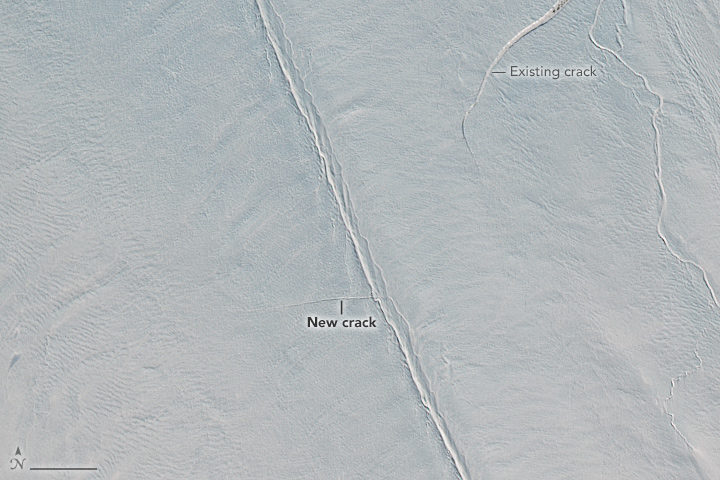 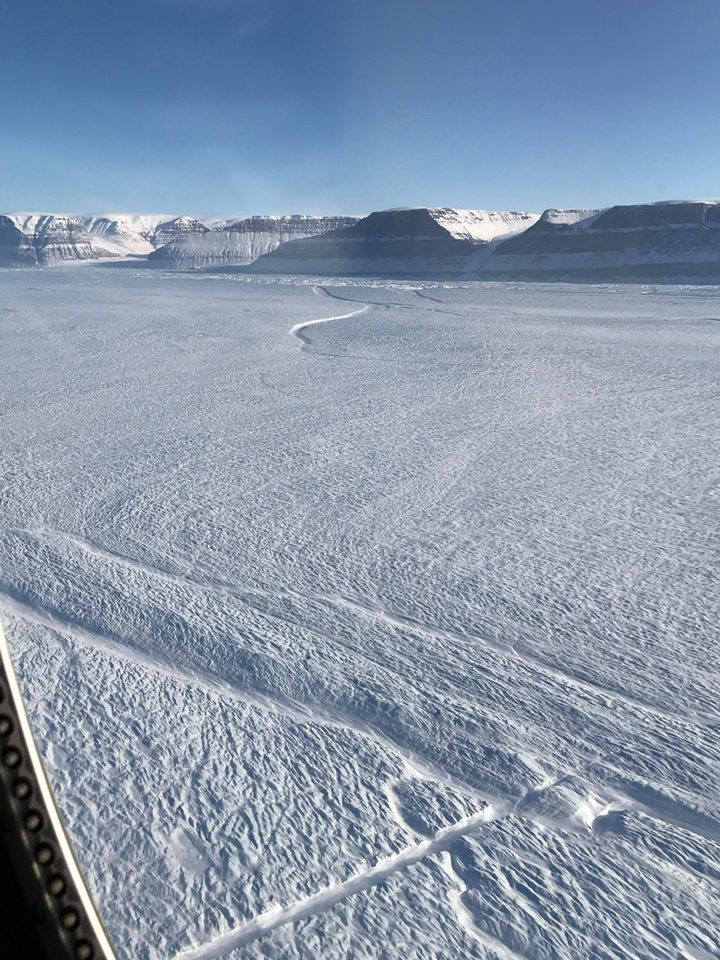 But the space-based view is not the only evidence of a new crack in the large glacier. NASA’s Operation IceBridge has been making science flights in the area this month, and scientists got a first-hand look. Kelly Brunt, a glaciologist at NASA’s Goddard Space Flight Center, snapped the photograph above from a window of a P-3 Orion research plane on April 14. The new crack is the feature running diagonal from the bottom-left of the photo toward the center.

“What’s interesting here is that the crack originated in the center of the glacier, not along the edges,” Brunt said. “When John Sonntag and I were looking for the new crack during the flight, we were looking for something substantial emanating from the edge. This totally surprised me!”

Most cracks start along a glacier’s edge, where a huge amount of strain is produced as the glacier slides along the walls of a fjord. That is especially true for Petermann—a narrow glacier that has previously rifted along the edges of its floating shelf.

Cracks that make their way across an ice shelf can eventually release icebergs. Petermann has launched two huge icebergs since 2010, so scientists are watching for additional retreat. It remains to be seen whether this crack will result in an iceberg. If the crack continues to lengthen, it could potentially meet the older rift at the edge of the glacier, visible near the top-center of the photo.

View more images of the rift and other icy phenomenon here.

This entry was posted on Monday, April 24th, 2017 at 4:34 pm and is filed under Ground to Space. You can follow any responses to this entry through the RSS 2.0 feed. Both comments and pings are currently closed.