How is your bracket looking after the opening round of Tournament Earth? Unsurprisingly, top seeds Global Toll of Particulate Pollution (56.2 percent of votes), Snow Across Great Britain (50.7 percent), and Liege at Night (54.7) all dispatched weaker opponents in the first round of competition. The notable exception among the top seeds was Air Quality Suffering in China, which went down to eight-seeded Something Fishing in the Deep, Dark Ocean in a surprise loss in the events section, earning a mere 35.7 percent of votes. The other big upset of the opening round was seventh-seed Deforestation in Brazil knocking out second-seed Smoke Engulfs Singapore, with 50.9 percent of the vote. Haiyan’s Winds, Ship Tracks off North America, Fires in Colorado, and New Island Off Pakistan also went down in defeat against lesser opponents. Polls are open for you to vote for the sixteen images that remain through Friday at 4:00 p.m. EDT / 8:00 p.m. UTC. Vote at http://earthobservatory.nasa.gov/TournamentEarth/ 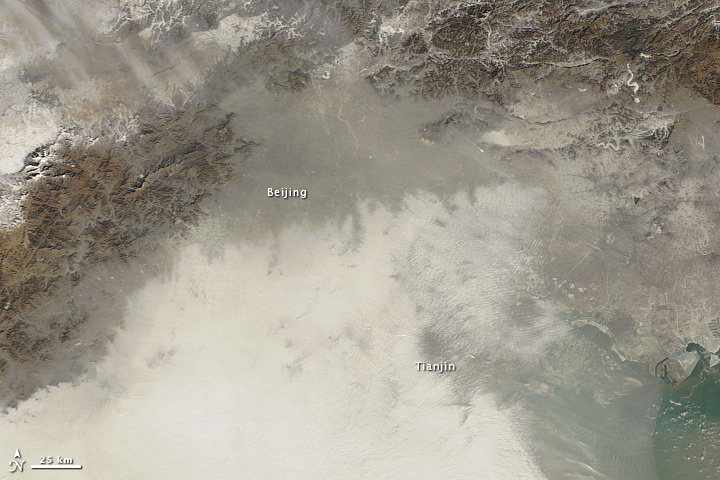 This entry was posted on Tuesday, March 11th, 2014 at 5:35 pm and is filed under Tournament Earth. You can follow any responses to this entry through the RSS 2.0 feed. Both comments and pings are currently closed.