News Round Up: Agony in the Philippines, New Chelyabinsk Research, and More

Agony in the Philippines
Satellite images of Super Typhoon approaching and smashing into the Philippines last week were extremely worrisome. Reports and imagery from the ground have now confirmed that the concern was justified. One of the most intense tropical cyclones ever measured by satellites has left the Philippines in chaos. The Capital Weather Gang has heartbreaking footage from Earth UncutTV, which had videographers working in the path of the storm.

Deadly Cyclone over Somalia
Scores of people have died in Somalia after another powerful tropical cyclone — known as 03A — slammed into the northeastern part of the country. According to Accuweather, about 1-2 tropical cyclones form in the Arabian Sea each year, often in November.  The last cyclone to strike Somalia made landfall in December 2012. Read more about the storm from  Voice of America and Gulf Today.

Super Typhoon Haiyan and Climate Change
Given the strength and destruction of Haiyan, it was inevitable for discussions to arise about the relationship between the most powerful tropical cyclones and climate change. Climate Central contacted some of the leading researchers in the field and detailed some of the complexities in this piece.  Though not all experts agree, the general consensus is that warming will bring stronger, wetter, but less frequent storms in the coming decades. Read our feature about storms and climate change for more insight on this complicated balance. 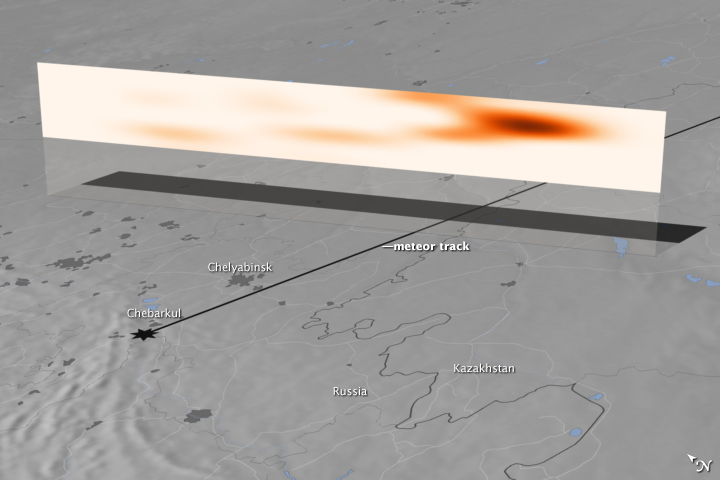 New Clues about Chelyabinsk Meteor
Following the dramatic meteor explosion over Chelyabinsk on February 15, 2013, eye-popping video and photographs flooded social media. After the event, there was no shortage of speculation about the trajectory of the meteor and how the explosion created so much damage. Scientists have since had time to carefully review all of the available evidence and have just published a detailed analysis of the event in the journal Science. Read more about the new research from NASA Ames and check out this blog about one of the researchers who co-authored the study.

Tiger Stripes Beneath Antarctic Ice
A new study published in Science points out that stripes of dirt and rock beneath Antarctic glaciers create friction zones that slow the flow of ice toward the sea. The researchers focused on the Pine Island and Thwaites glaciers, which together have contributed about 10 percent of the world’s observed sea-level rise over the past 20 years. Read more about the research in this press release from Princeton.

From Facebook: Eclipse at 44,000 Feet
Flying at 44,000 feet (13,000 meters), eclipse chasers on a chartered jet managed to intercept the Moon’s shadow over the Atlantic Ocean during the November 3, 2013, solar eclipse. The remarkable flight made a perpendicular crossing of the central shadow track. The photograph below was taken by Ben Cooper of Launch Photography. See another unique view—from space—of the same eclipse here. 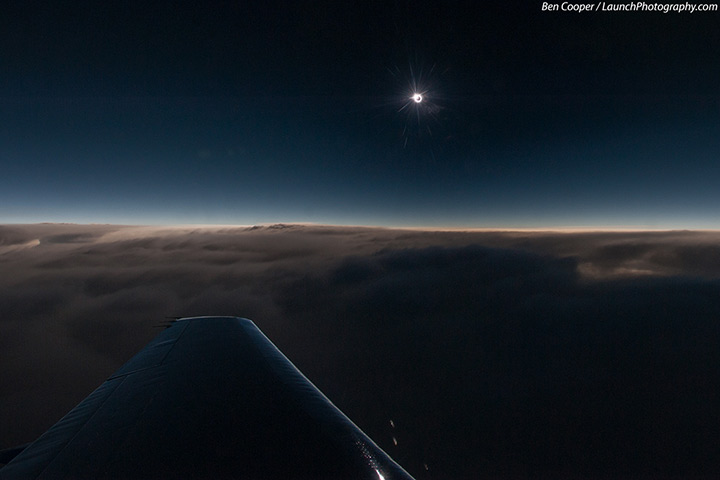 This entry was posted on Monday, November 11th, 2013 at 2:03 pm and is filed under News Roundup. You can follow any responses to this entry through the RSS 2.0 feed. Both comments and pings are currently closed.

2 Responses to “News Round Up: Agony in the Philippines, New Chelyabinsk Research, and More”